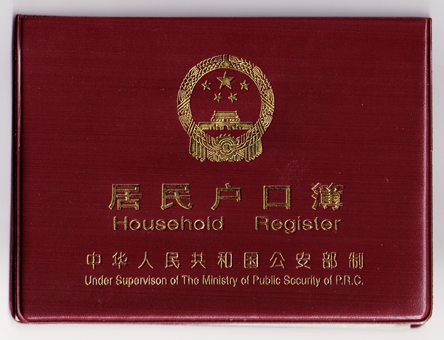 A picture of a hukou or household registration document. A woman in Sichuan Province got married to her father to qualify for medical benefits via the hukou system, but had to annul the marriage after the attempt failed. (Network Graphics)
China

A woman in Sichuan Province was so desperate to help her father after he got ill, that she married him to qualify for medical benefits.

The woman was previously married and in her thirties, but now lives alone in her apartment in Chengdu, Sina News reported. She wanted to move her father there as a dependent, after he got sick and needed expensive medical treatment. However, based on the household registration system’s requirements, she was not eligible, as her home was smaller than 70 square meters (753 square feet).

The “hukou” or household registration system was set up by the Chinese Communist Party in 1958, and serves to limit the movement of people from rural areas to cities. It affects people’s standing in society, for example which schools they can attend, and what benefits they can apply for.

The woman therefore decided to marry her father, which in theory would allow him to transfer his hukou. According to the report, the local civil affairs office does not check each marriage application to see if the couple is related, and only needs them to sign a declaration.

However, the authorities specified that he still could not move, and so the woman applied to get a divorce. She then discovered this was not possible, because the marriage was illegal. Instead, she had to sue her father in court to get the marriage annulled.

Netizens commented widely about the story, mostly pointing to the Chinese regime as the source of the problem.

An Internet user on Sina wrote: “People are driven mad by the unfair social system. Don’t argue about who is crazy. It’s the social system and the government that is insane.”

Another said: “The tragedy of the system. There is no fairness in China; there are no human rights. Reform cannot fix the problem. Only rebuilding the system can.”

A third commented: “The medical expenses are as high as a mountain. The legal marriage is just a piece of paper. Shameful? Sad? Pitiful? Life is so difficult.”