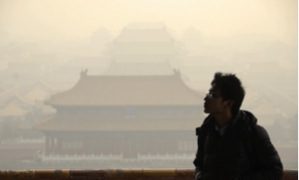 A woman in eastern China’s Jiangsu Province was ordered by a court to pay back a loan that her husband took out to cover the cost of having an affair.

The man, whose surname is Gong, borrowed the money in 2011, Legal Daily reported. He went to the bank accompanied by his mistress, who used the wife’s identification to sign the paperwork.

His wife only found out about the mistress at the court hearing regarding her husband’s failure to pay, and was unwilling to repay the debt. However, the judge held that she was also responsible for the loan due to their marriage.

He said that both spouses are mutually responsible in the relationship of marriage, and that mutual respect, love, and support are the long-term solution to conjugal bliss.

Netizens discussed the situation online, mostly criticizing the husband, according to theworldofchinese.com.

One commented: “Unreasonable. Why pay the bill for the guy’s infidelity!!!!”

Another said: “It wasn’t even the wife’s signature, so it shouldn’t have had any legal effects!”