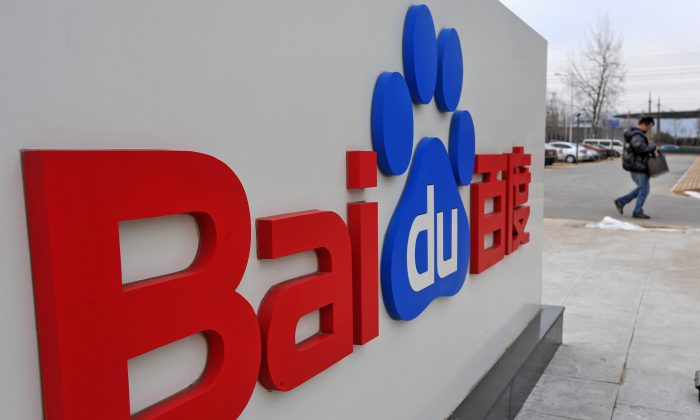 Baidu, known as mainland China’s version of Google and Wikipedia, is getting the anti-corruption treatment. According to a May 11 report by China’s First Financial Daily, three managers at Baidu have been placed under investigation for graft.

“Anti-corruption activity within the company will create a fair and transparent workplace,” Baidu announced in a statement.

The three former executives are Director Yu at Baidu Channel, General Manager Zhao at Baidi Channel, and Director Jin at Baidu Business Marketing. Only surnames were provided in the report.

As Google or Yahoo are banned by censors, many Chinese internet users turn to Baidu, the country’s massive, homegrown search engine.

Unlike state-run companies or government or Communist Party institutions, the anti-graft action at Baidu is being carried out by company staff, not central political authorities.

Some Baidu staff members have privately appropriated the company’s assets, the First Financial Daily reported. These individuals have marketized “what is not supposed to be on sale.”

The company’s department of professional ethics, in charge of the anti-corruption campaign at Baidu, is composed of former corporate auditors, prosecutors and police officers. The body functions independently, without need for approval from the heads of related departments.

Email memos are the vehicle by which the department announces its latest actions.

In November 2014, an internal email called “Working Together for a Sunshine Workplace” from Baidu showed that five executives were dismissed from their jobs and their work contracts were terminated after they were suspected of embezzlement and accepting bribes. Judicial authorities set up cases for investigation after Baidu took the initiative to file the incident.