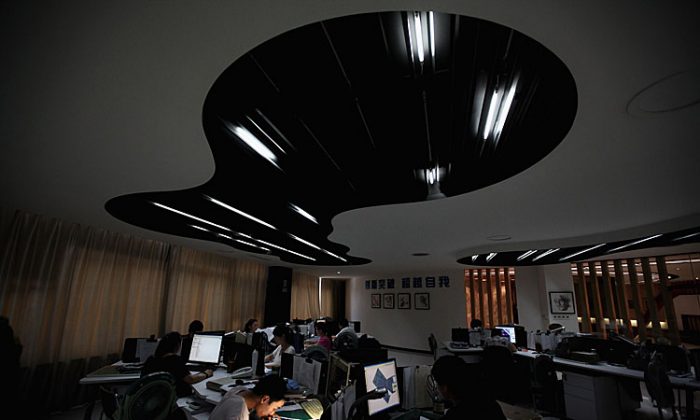 Zhejiang Province, China’s third richest region after Beijing and Shanghai, is known as the flagship of China’s private enterprise. But now this ship is floundering due to a serious credit crisis.

The southeastern coastal province of Zhejiang has a long history of entrepreneurship and prosperity. In 2011 it contributed 6.8 percent to China’s Gross Domestic Product (GDP) and 11 percent to total exports. Zhejiang’s booming private sector encompasses 720,000 businesses that produce over 60 percent of the province’s economic output. The province also boasts world famous export centers such as Wenzhou and Yiwu.

The credit crisis began in the spring of 2011 in Wenzhou, a city known as the birthplace of China’s private enterprise sector. Wenzhou is the home of 360,000 small- and medium-sized private companies. They manufacture a range of products, including shoes, eyeglasses, gifts, electronics, steel pipes, and water valves. Wenzhou business owners also invest widely across the nation in real estate, mining, agriculture, and other sectors.

Since April 2011, owners of many reputable enterprises have started to default on large loans borrowed from private nonbank lenders, usually at very high interest rates. The bankruptcies of a few larger businesses soon dragged more companies into the swirl. By September almost 20 business owners had resigned, and a few others had committed suicide.

State media blamed the crisis on Wenzhou’s underground private finance sharks and prevalent usury, but experts say usury is not the cause, but a result of China’s misguided financial policies.

For centuries Wenzhou’s small-business owners relied on private financing. In the 1980s, with liberalization and opening up of the economy, private financing also began to flourish again with the regime’s encouragement.

“These nimble grass-roots financial services became the running water that irrigated the sprouting small- and medium-sized businesses all over Wenzhou in the ’80s,” Life Weekly, a Beijing-based magazine, said in November 2011.

But in the 1990s Beijing increased its restriction on private financing to ensure the lending monopoly enjoyed by state owned banks. In addition, a disproportionate number of loans are going to China’s state-owned enterprises.

The difficulty in obtaining bank loans has turned many business owners to underground lenders. While it increases the business’s financial risks due to the high interest rates, it also limits investment to small projects and shorter business cycles.

As a result, Wenzhou entrepreneurs often prefer to engage in speculative investments such as real estate and stocks, rather than investing in their original businesses.

In 2009, however, the government suddenly tightened fiscal and monetary policies and banks stopped granting loans.

“Companies were not given time to hit the brakes with their investments, so they just stumbled all the way over the cliff,” Zhou said. “The government must reflect on this, and must take responsibility,” he added.

The case of Xintai, China’s largest eyeglass maker is a good example. With decreased export profitability due to the yuan’s appreciation, and financed by generous loans from government banks, Xintai’s founder and owner Hu Fulin decided to make a significant investment in a photovoltaic manufacturing plant in 2008. But just when Hu saw the first hope for the business to take off, not only did interest rates rise quickly, but banks also stopped providing new loans. Private lenders too hiked their rates. Like many other companies, Xintai collapsed with a total debt load of 1.3 billion yuan, according to Chinese media reports.

In order to get loans approved, smaller businesses in China often team up and use joint guarantees to meet the banks’ stringent requirements. As a result of a prevalent joint guarantee system, which makes companies share the default risk should one party fail to repay its loan, most of the region’s businesses are tied together by a giant guarantee network. Sixty to 70 percent of Zhejiang private businesses’ financing is based on joint guarantees, according to Nanfang Daily.

While this provides diversified insurance against default risk during good times, it also leaves businesses exposed when the economy turns down. In the advent of the Wenzhou crisis, the disadvantage of such an insurance network has been fully exposed.

Tianyi Constructions was one company not able to make loan payments and was investigated in January for borrowing from private lenders. In March, three other companies were under investigation for similar reasons. These four companies in turn affected over 600 other companies or legal entities and their combined capital worth of tens of billions of yuan. It dramatically increased the banks’ nonperforming loans, and banks started to aggressively call in loans from all the companies involved.

Whether or not Chinese authorities and banks will agree to such terms remains uncertain. But according to economist Mao Yushi, the solution to the crisis is to either develop small- and medium-sized financial institutions to meet the needs of smaller businesses, or to legalize private financing.

“The biggest barrier is the government not letting go of control,” Mao told 163.com. “They want to maintain the monopoly of state-owned banks. … If the government prevents the financial industry from taking opportunities to create wealth, then that’s wrong.”