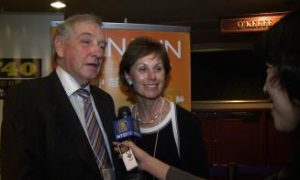 'It is the most wonderful evening we have ever seen': Museum Governor and Former Minister
0 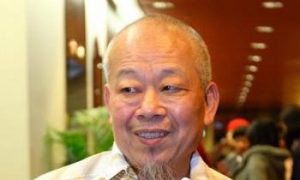 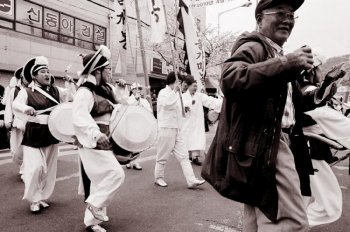 BUSAN, South Korea—After a last minute court ruling by a judge in Busan, efforts by the Chinese regime to stop Shen Yun Performing Arts from playing in South Korea have come up empty.

The show in Busan had been cancelled due to pressure from Chinese consular officials, in spite of the show’s hosts, the South Korean Falun Dafa Association, having a valid contract for the theater.

But after a court ruling delivered seven hours before showtime on Jan. 19, the first of three shows in Busan went ahead as planned. These are the debut shows in a tour that also visits Daegu and Goyang in South Korea, and cities in Taiwan, Japan, and Australia.

Based in New York, Shen Yun Performing Arts aims, according to its website, to “revive the spirit of traditional Chinese culture” through performances of classical Chinese dance and music. Since its first performances in 2007, the Chinese regime has attempted to stop Shen Yun from performing.

According to the Dafa Association, Vice Consulate General Jin Yanguang and other consular employees had threatened that holding Shen Yun performances would damage South Korea’s relationship with China.

The consular employees also called TV stations and told them that the performance had been cancelled and to stop broadcasting advertisements.

The Chinese consular officials also spoke with the local governments and theaters in Goyang and Gaegu demanding the cancellation of the rental contracts in those cities.

In both cities the theaters took the stand that the Chinese Embassy does not have any right to request the cancellation of a performance, and there was no valid reason for doing so.

The local governments in these cities took the position that the city had no right to interfere with private contracts.

The Dafa Association called upon the South Korean government to investigate the activities of the consular officials and deport those responsible for attempting to interfere with the Shen Yun shows.

Cui Youyuan, a professor in Philosophy at Busan National University, reacted to the initial news of the cancellation of the Shen Yun shows by saying that, as a citizen of Busan, he could not tolerate the actions of the Chinese Consulate anymore.

Prof. Cui said, “Even a cultural performance that is so pure and righteous [as Shen Yun is] cannot perform—I feel very sad about the current situation in South Korea.”

Leeshai Lemish, a master of ceremonies for Shen Yun, told The Epoch Times that the Chinese Communist Party is “terrified” of Shen Yun.

In an email, Mr. Lemish explained that the CCP has spent decades trying to destroy the very traditional culture that Shen Yun seeks to revive.

The South Korean Dafa Association said that this is not the first time the Chinese regime has tried to disrupt Shen Yun performances in South Korea.

In 2007, local organizers had to change theaters three times due to pressure from the Chinese Consulate. That year, the show was ultimately held at the Dom Art Hall in Seoul.

In 2009, the performance was originally scheduled at Universal Arts Center in Seoul, but the theater canceled the rental contract. Direct involvement by the Chinese Consulate was once again revealed.

In 2010, while Shen Yun was performing in Daegu, Busan consulate official Zhang Shuhuao demanded that the Daegu City government stop the Shen Yun Performance. The city rejected the demand.

Shen Yun Performing Arts has three touring companies. It has just finished a successful run at Lincoln Center in New York City and, in addition to performances in Busan on Jan. 20 and Daegu Jan. 21-23, is scheduled to perform in Detroit, Michigan, Jan. 21-23 and in Raleigh, North Carolina on Jan. 22.