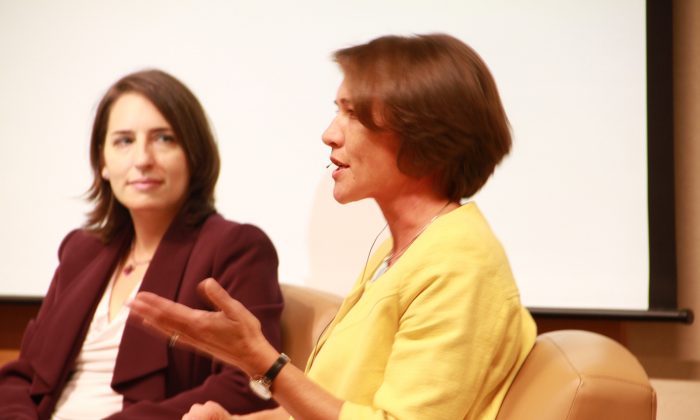 Chinese Censorship Under the Microscope

The cadres in charge of controlling the media in China—and importantly over the last several years, influencing the media outside of China—have a crucial job to perform, necessitated by the internal logic of Chinese Communist Party (CCP) rule: On the one hand, they must show that the Party is the rightful and successful ruler of China; on the other, they must deal with those who would say otherwise.

As Sarah Cook, a researcher for Freedom House, puts it in her recent report: “For the party’s narrative to be convincing to audiences inside and outside China, reporting—especially investigative reporting—about the darker sides of CCP rule at home and Chinese activities abroad must be suppressed.”

According to two new reports published on Oct. 22, Chinese communist propaganda and censorship officers have over the last few years developed a rich and nuanced set of practices and tactics aimed at affecting these outcomes.

Anne Nelson, another researcher, published a report on the international expansion of China Central Television, the broadcast mouthpiece of the Chinese Communist Party, on the same day. Both reports were sponsored by the National Endowment for Democracy, a U.S.-funded agency that supports democracy around the world.

Cook’s report methodically peels back the layers of the Party’s censorship apparatus, examining each to see how it functions, who it targets, and what effect it has: there is “direct action” by Chinese diplomats, officials, and security personnel, who simply obstruct reporters and punish recalcitrant media outlets; there are economic inducements and punishments; there is indirect diplomatic, political, and economic pressure, transmitted through advertisers or governments; and then simply cyberespionage or even physical attacks.

There was, for example, the time that the chief editor of Bloomberg was approached by a top Chinese diplomat, who attempted to have him kill a story about the finances of the family of Xi Jinping, at the time the incoming general secretary of the Chinese Communist Party. The story ran, but Bloomberg’s English website was blocked soon afterward.

That did not have a significant impact on Bloomberg’s business because its English-language readership in China is limited. The New York Times, however, was hit somewhat harder. After it ran an investigation that sought to show how the family of Wen Jiabao had gained vast wealth, the Chinese authorities shut down its Chinese-language website, which had just opened. The stock dropped 20 percent overnight, Cook’s report says. Reprisals of this kind are meant as a warning to others who would transgress against the Party’s reporting preferences.

Journalists on the ground in China can find that the face of censorship is a little more sharp-toothed. In February of this year, thugs believed to be dispatched by the local government of a village near Beijing intercepted the vehicle of a German film crew and smashed their windshield in with baseball bats.

The former chief technical officer of Epoch Times in 2006 was also a recipient of the kinetic approach: a group of men made their way into his home in Atlanta, tied him up, and beat him about the head with a gun handle. There is no direct evidence that the men were associated with the Chinese Communist Party, but Mr. Yuan believed it to be the case. “Two of my file cabinets were pried open. Two of my laptop computers were taken away, but the more expensive items, such as cameras, were not.”

More subtle forms of influence are almost ubiquitous. Eutelsat, a French satellite company, was one of the “more disturbing examples” of undue influence, Cook said at an Oct. 22 National Endowment for Democracy forum in Washington, D.C.

Eutelsat ceased broadcasting the signal of New Tang Dynasty Television, a broadcaster much disliked by Beijing for its energetic reporting on human rights abuses and other sensitive political issues, due to pressure from Beijing. Eutelsat later went on to scoop up two lucrative deals with Chinese state entities.

Similarly, NASDAQ ejected a journalist with NTD Television from its MarketSite studio in Manhattan, after being put under political pressure from Beijing, according to U.S. diplomatic cables highlighted in Cook’s report.

While it is important for Beijing that it is able to influence public opinion in Western countries, Africa has also become a key destination for localized propaganda, according to Anne Nelson, who authored the report on China Central Television. Chinese authorities are practicing what she called “Sino-colonialism” in Africa.

This is distinct from mere propaganda in that it is integrated with other forms of engagement between the Chinese regime and African countries: the Chinese buy resources, build port infrastructure to ship it out, and bring in Chinese communications equipment that they use to set up media companies, which they staff with professional African journalists, to help tell the Chinese regime’s story to a local audience.

The journalists are paid twice as much as they would otherwise earn. “What they’re doing is long-range planning,” Nelson said on Tuesday. “It’s not ‘How can we broadcast a message to X million people?’ but ‘How can we build the whole tamale?’”