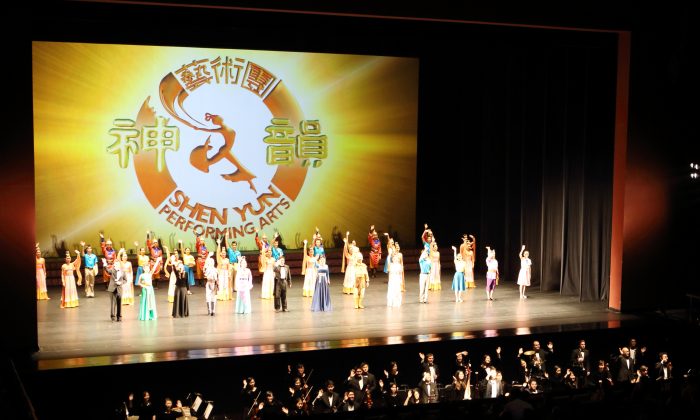 Chinese Onlooker: ‘Those who pursue the meaning of life should come’

TAOYUAN, Taiwan—Ms. Li from northern China watched Shen Yun’s first performance in Taoyuan, on the evening of March 21, at the Taoyuan County Performing Arts Center. She described what she saw as, “It’s not just for the Chinese people. Those who pursue the meaning of life should come and take a look!”

Ms. Li believed that Shen Yun gave a micro-review of Chinese history in two hours, beginning from heaven and passing through different dynasties. “When the curtain was raised, I saw Heaven with celestial maidens, very impressive!” said Ms. Li, “Ne Zha Churns the Sea is very interesting. The dances blend in with the motions in the background animation. When Ne Zha shook his ring and the Dragon King’s palace began shaking, it was so much fun, like I was in it myself!”

Ms. Li was amazed how the live orchestra combines instruments from East and West, “Especially in Mongolian Chopsticks, I couldn’t believe that Shen Yun’s orchestra actually brings out the unique charm of Mongolian music with Western music instruments. Truly amazing.”

Ms. Li enjoyed the moral education presented through traditional Chinese values and ethics in the performance. “With all the legends, there was belief in God and Buddha and they all guide people toward benevolence and self-restraint.

“I have seen quite a few performances in China but none of them was anything like Shen Yun. I was curious why so many people like Shen Yun, now I know.”

Yang Lian-Chi, president of Novax Materials & Technology, brought his family to Taoyuan County Performing Arts Center to watch Shen Yun’s performance on the evening of March 22. “This is my second time watching Shen Yun’s performance and I thought it was still terrific! Each time I saw it, it gives me a brand new sensation.

“The various glorious dynasties of the Chinese culture reminds me of its magnificence each time.”

Mr. Yang adored the soft light and charming images of the female artists. “The small short steps [in Manchurian Grace] look so graceful. The artists had to be strictly screened and have practiced it for a long time. Very unique presentation!”

Mr. Yang thought the soloists’ singing penetrated his heart and brought him amazing energy. “It was truly thrilling. My 10-year-old sat next to me said that how is it possible that someone could sing a pitch that high. The sonorous voice is full of energy and impressive.”

Mr. Yang talked about his support for Shen Yun. “Shen Yun promotes the essence of authentic Chinese culture. It’s the spirit of ‘Truthfulness-Compassion-Forbearance.’ This kind of power and spirit enables people to face challenges and difficulties and overcome them. I encourage and support this kind of spirit Shen Yun promotes.”

Reporting by Aileen and Hsin-Yi Lin and Fang-Ru Li