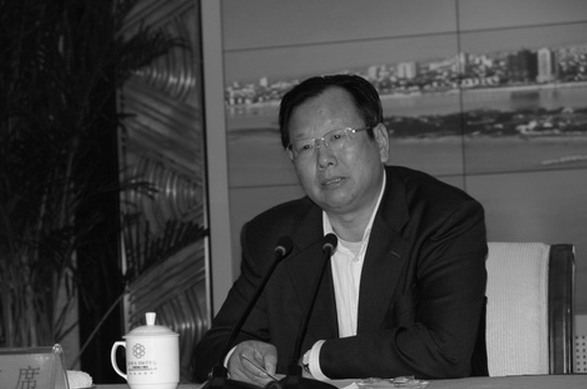 Cao Changqing, retired director of the Price Department at the Nation Development and Reform Commission (NDRC), was taken away for questioning in relation to a corruption investigation, Chinese media reported on Aug. 27. (Screenshot/ndrc.gov.cn)
China

Chinese Official in Charge of Prices Investigated for Corruption

A former high-level official in charge of approving and monitoring prices of all manner of goods and services in China was recently put under investigation on suspicion of corruption, according to Chinese press reports.

Cao Changqing, just months retired as director of the Price Department at the many-tentacled Nation Development And Reform Commission (NDRC), was swooped up at the airport after arriving in Beijing on or around Aug. 24, the Chinese business media Caixin reported on Wednesday, citing multiple sources.

The Price Department of the NDRC is one of the most influential units responsible for setting the monopoly prices on inputs like electricity, water, and gas. An inside source told Caixin that the Price Department is a dangerous place because the power officials there have is far too big. Cao’s downfall is “not a surprise at all,” the source said.

The NDRC more generally is a powerful institution that has for decades overseen and directed China’s massive economic development, particular in infrastructure and construction projects. It is thus believed by political insiders in China to have become a hotbed of corruption—and while in previous years it may have served as a hastener of growth, it now may be turning into a drag.

Cao’s specific work and his detailed biography are not matters of public record, but he was reported to be head of the Price Department as early as 2007, according to contemporaneous reports where he explained price adjustments at a press conference.

Large personnel changes in the NDRC were reported this May, with four deputy secretaries and seven directors of different departments being forced out. Cao’s retirement took place as part of this personnel change.

The investigation of Cao follows other official corruption cases at the NDRC recently. On Aug. 22, Zhang Dongsheng, former director of the Employment and Income Distribution Department, was investigated for suspicion of taking bribes, according to an announcement by the Supreme Procuratorate.

“China has strictly controlled the electricity prices by having the Price Department of the NDRC to approve the projects,” said the inside source speaking to Caixin, the Chinese business publication. “There’s just too much profit solely through electricity prices.”

China’s electricity prices in industry and commerce have been high in recent years, and many experts have criticized the Price Department for fixing the prices too high.

Cao was the official designated to explain and analyze the price hikes, as well as other economic matters, but often his attempts were met with mockery and uproar. In December 2007, Cao said in an interview with the press: “Housing prices in large cities have started to go down based on my observation recently… I believe under the state’s macro-control policies, the tight house supply situation will be eased.”

Chinese media later reported that the so-called “lower prices” were merely in reference to a real estate developer’s commercial strategy of offering inflated prices first, and then giving a discount to win the customer over—without a real drop in prices. To the contrary, housing prices in large Chinese cities began increasing rapidly from 2008 until last year.