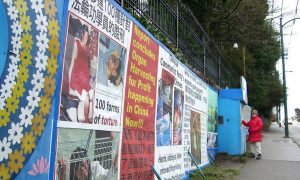 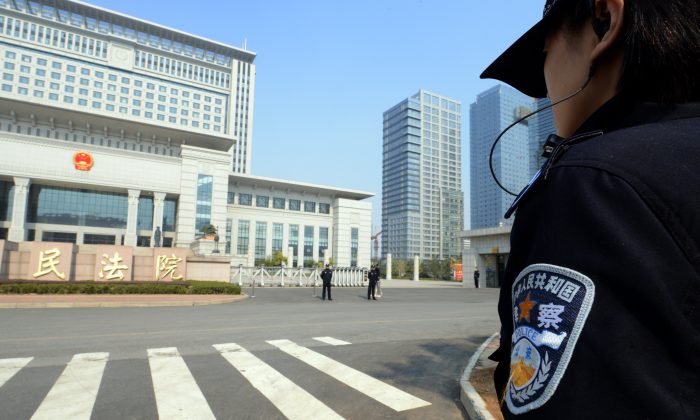 Chinese Judge on Shackles: ‘Who Cares If It’s Illegal?’

As Li Yongjun stood trial on April 20 in a Chinese courtroom for his faith in Falun Gong, his lawyers requested that the shackles binding his feet and hands be removed in accordance with legal procedure.

“Who cares if it’s illegal,” Sun stated. “You can submit a written report after court is adjourned.”

“Are you here to represent the defendant, or are you just trying to pick a fight with the judge?” Sun said. “Are you trying to prove how valuable you are by focusing endlessly on this issue?”

The defense then requested that Sun’s words be recorded in the notes.

“As his defense lawyers, we are here to safeguard Li’s rights. Are you really presiding over a trial or are you doing something illegal? We demand the court seek the truth from facts and record everything faithfully,” one of the defense attorneys is reported as replying.

Hearing this, the judge ordered bailiffs to remove lawyer Chen Jiangang from the courtroom. He was held in the court’s temporary detention room.

Falun Gong is a Chinese spiritual meditation practice based on the principles of truthfulness, compassion, and tolerance. It became popular in the 1990s but in violation of the Chinese Constitution has been subjected to a comprehensive and deadly persecution since 1999.

Li Yongjun, a resident of Feng County in eastern China’s Jiangsu Province, was illegally arrested last June, according to the website Minghui, a site run by Falun Gong practitioners that reports on the persecution in China of the spiritual practice.

Li’s wife, Liu Qiaozhen, who also practices Falun Gong, had been sentenced to four years in prison, and Li was on his way to the court to defend her when unknown personnel apprehended him without showing any identification.

Li and his wife have two daughters, who, in their parents’ absence, cannot return home and rely on relatives for financial support. The family’s assets and possessions have all been confiscated by the local security division in Feng County. Li’s father-in-law died from cancer shortly after the arrests.

Along with two other Falun Gong practitioners, Li was taken to the public security bureau in Feng County and held in an impromptu “black jail”—in this case, a motel. For five days, they were deprived of sleep, interrogated, and threatened.

The April 20 trial was Li’s third. During a trial on March 17, prosecutors Wang Xuaojuan and Liu Nianhong left the court after the defense exposed fabrications in the accusations made by police.