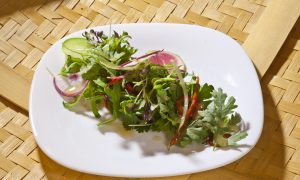 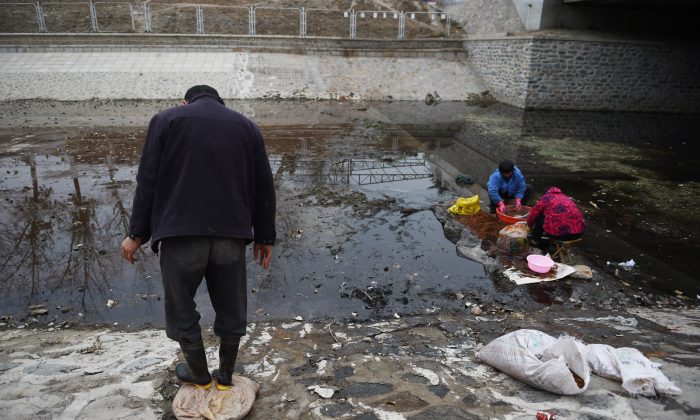 Water in China is dirty, in short supply, and the situation isn’t getting better, a state report says.

The groundwater pollution report, published April 22 by China’s Ministry of Land and Resources, compiled environmental data from the year 2014, show worsening levels of contamination continued from 2013.

Of 4,896 underground monitoring sites placed in over 200 Chinese cities, over 60 percent revealed poor groundwater quality in 2014. The total showed 16 percent of the sampled water to be of “extremely poor” quality.

Some of the water included excessive levels of heavy metals such as arsenic, lead, chromium, and cadmium, according to the report. More common were less harmful substances like iron, fluoride, or sulfates.

In addition to China’s water being dirty, there isn’t much of it, at least in cities. In Beijing, with a municipal population of 21 million, residents could use an average of only 142.5 cubic meters of water per capita, far below international standards, China Business News reported.

Research reports by the Capital University of Economics in Beijing published in April show that hundreds of irregular landfill sites in the city’s suburban areas may contribute to groundwater pollution. Aged gas stations in use for 15 years or longer may also possibly leak oil that causes contamination, as do the excessive use of chemical fertilizer and pesticides.

In June 2013, the Chinese Center for Disease Control and Prevention did research showing for the first time conclusive, direct links between China’s water pollution and high cancer rates in the general population.

Groundwater pollution also manifests itself in agricultural production. In 2013, a random inspection of rice from the south-central province of Hunan conducted by neighboring Guangdong province authorities found much of it to be laced with cadmium in excess of the safety limit.