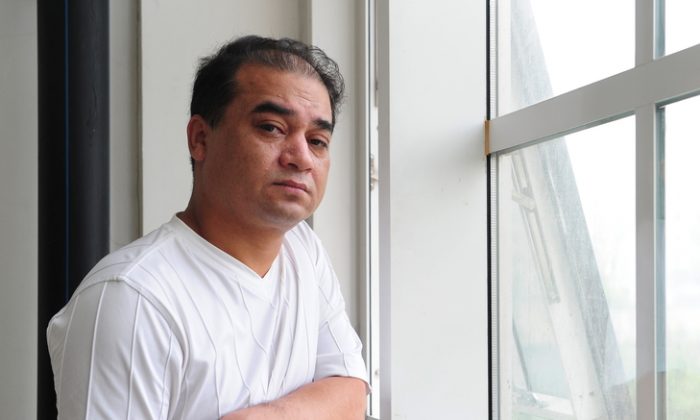 Ilham Tohti. Chinese activists are petitioning for the release of respected Uyghur scholar Tohti, after his detention on Jan. 15. Tohti is being held without charges. (FREDERIC J.BROWN/AFP/Getty Images)
China

Activists in China are petitioning for the release of recently detained Uyghur scholar, Ilham Tohti, who has been critical of the Chinese regime’s ethnic policies in far western Xinjiang.

Police raided Tohti’s home in Beijing last Wednesday and took him away. There has been no official announcement of the charges against him, though the Foreign Ministry stated that he is being held “under suspicion of committing crimes.”

Woeser, who is reportedly under house arrest herself, highlights the Chinese regime’s policies in dealing with both the Uyghurs of Xinjiang and the Tibetans, saying “… the failure of China’s ethnic policy is obvious to all. The detention of Ilham Tohti demonstrates that the Chinese government is continuing its mistakes.”

State controlled media have published articles critical of Tohti recently. These include Saturday’s editorial in Global Times, an energetic Party mouthpiece, accusing him of promoting separatism in the predominantly Uyghur muslim Xinjiang Province and “attempting to find a moral excuse for terrorists.”

“The violence used by the police during their six-hour search of Tohti’s apartment after his arrest is evidence of precisely the kind of persecution that he has been denouncing,” charged a Reporters Without Borders (RSF) statement, calling attention to the raid on Tothi’s residence. Tohti’s wife told foreign news agencies that at least 30 policemen from both Beijing and Xinjiang took part in the raid.

Tohti’s detention demonstrates the persistent crackdown on the Uyghur community, “…including those who just freely express their views and inform the world about the disastrous human rights situation in the far-west province of Xinjiang,” RSF continued.

The U.S. State Department commented on the matter on Saturday, something it does not normally do. It voiced “deep concern over the detention of professor Tohti and at least six of his students.”