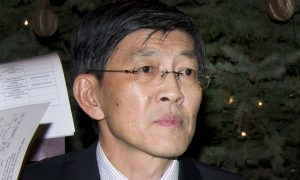 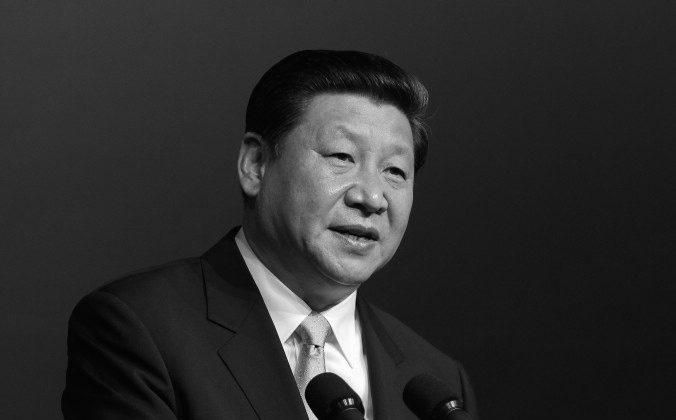 Despite the intensity and scope of the anti-corruption campaign still roiling the Chinese Communist Party, Xi Jinping, the Party leader, says that a knockout blow has yet to be dealt.

“Looking back at the problems found with investigations in the last two years, the anti-corruption struggle continues to be severe and complicated,” Xi said at a recent meeting held by the Party’s disciplinary taskforce, the Central Commission for Discipline Inspection.

His remarks were published by the state-run Xinhua with the ominous (and typically wordy) headline: “Xi Jinping: Pushing the Anti-Corruption Campaign Deeper, With Anyone Being a Potential Target Regardless of His Political Standing.”

The stern remarks came on the heels of earlier warnings that factionalism—the forming of political cliques to protect the private interests of Party members—would not be tolerated.

Currently, there is a wrong understanding in society that the anti-corruption campaign is coming to an end.
— Professor Wang Yukai, China National School of Administration

And then, for the first time, Xi singled out a number of the officials that have actually been purged recently.

“We are determined to get to the bottom of the violations of discipline of the law involving Zhou Yongkang, Xu Caihou, Ling Jihua, and Su Rong,” Xi said. “To prove to everyone that the Chinese Communist Party is willing to face its problem and correct its own mistakes.”

The four men, who now await trial and almost certainly jail, once wielded enormous power in the regime.

Zhou Yongkang, the previous security boss, is the highest-ranking Party official to be formally placed under investigation.

Ling Jihua was secretary of the Communist Party’s Central Secretariat, a highly sensitive office which handles a raft of key documents and arranges logistics around the central leadership, was announced to be under investigation for “serious disciplinary violations” in December last year.

Su Rong was second in charge of the Chinese People’s Political Consultative Conference, a pro-regime consultative body, was also charged with serious violations of discipline and law and put under investigation in June.

Less than two hours after Xi’s remarks were published, Xinhua, the state news agency, published an editorial discussing “Six Anti-Corruption Signals From the Talk by Party Secretary Xi Jinping.” The piece, as is common with state propaganda, included helpful comments by academics which sought to further guide the thoughts of the rank and file about just where the campaign is going.

Prof. Wang was further quoted: “The remark ‘severity and complexity of the anti-corruption struggle’ allows one to look through the mist and understand the next direction, paving the way for a united ideology and force to write a new chapter.”

Xia Xiaoqiang, a political columnist for the Chinese edition of the Epoch Times, said in an interview that Xi was likely hinting that even more powerful officials are going to be targeted for investigation and political purge.

“Xi’s remarks are about garnering public support for the ultimate purge of bigger tigers.”

The timing of the meeting, and Xi’s remarks, was itself noteworthy, according to Zhang Lifan, a Chinese writer, scholar, and historian, who spoke with Hong Kong’s Ming Pao on Jan. 14.

“It is quite possible that this meeting is a warm-up for every CCDI official, before going to war.”

There was almost a year between the Central Commission for Discipline Inspection’s third and the fourth plenary sessions, the former being held on Nov. 12, 2013.

Zhang continued: “There is no way that it’s going to stop, considering what has already been done—since people have been offended, they might be as well be offended further.”

“If you don’t kill the tigers now, the tigers will come back to kill you. There is no other option—it’s a death match.”