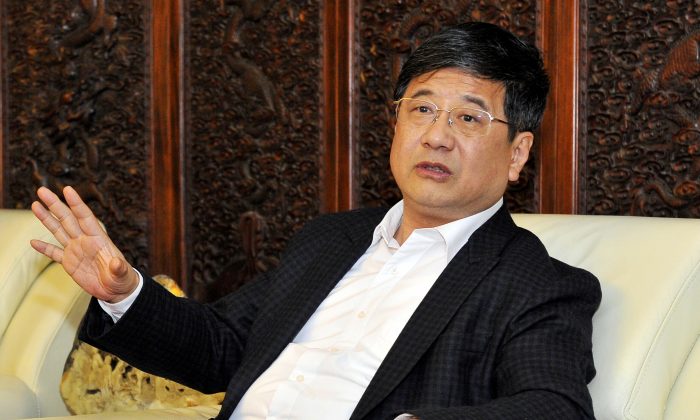 China’s Top Macau Representative Dead After Falling From His Building

China’s top representative to Macau died late on Oct. 20 after falling from the building where he lived, the Chinese regime said Oct. 21.

As head of China’s liaison office to Macau, Zheng Xiaosong held a post that has long been associated with carrying out subversion campaigns in the former Portuguese colony.

Zheng had been suffering from depression, the Hong Kong and Macau Office within China’s cabinet-like State Council said in a statement, adding that representatives of the Beijing government visited Macau to offer condolences. The statement did not elaborate further on the circumstances of his death.

Zheng, 59, was appointed to the Macau post in September 2017 and is a member of the Chinese Communist Party’s (CCP) Central Committee, a body of more than 200 members comprised of the Party elite. He was previously the vice governor of the southeastern coastal province of Fujian.

The liaison office in Macau serves as a bridge between the local government and Beijing. But the mainland Chinese government has become increasingly influential in local affairs.

Like in neighboring Hong Kong, Macau operates under the “one country, two systems” policy and is ruled by a chief executive, who is chosen via an election but must get approval from Beijing to formally take office.

The History of Liaison Offices in Hong Kong and Macau

The liaison office to Macau, much like its equivalent in Hong Kong, has a long history of influencing local affairs to carry out the CCP’s agenda.

In January 2000, the Hong Kong branch and the Macau branch were respectively renamed to become the Liaison Offices of the two territories—thus, the liaison offices also hosted the HKMWC. The two cities’ Liason Offices now oversee the network of “leftist” organizations, according to a 2014 academic paper by Hong Kong scholar Brian C.H. Fong, published in The China Quarterly.

The Central Coordination Group has a history of strong ties to former Party leader Jiang Zemin. He and his circle of allies are part of a political faction opposed to the current leadership under Xi Jinping.

In 2003, Zeng Qinghong, then vice-chair of the CCP, was appointed as chair of the Central Coordination Group. Zeng was widely known as a key ally and political mastermind for Jiang.

In 2012, Zhang Dejiang, former chairman of the Standing Committee of the National People’s Congress, China’s rubber-stamp legislature, and another key ally of Jiang assumed the leading figure in the Central Coordination Group.

But after Xi took power in late 2012, he began a party-wide purge of Jiang faction officials and began to whittle away the faction’s influence over Hong Kong and Macau.

Currently, Han Zheng, one of China’s vice premiers, holds the position. Though he made his political career in Shanghai—a stronghold of Jiang’s faction, Han formed good relations with Xi while the latter was party chief of Shanghai.