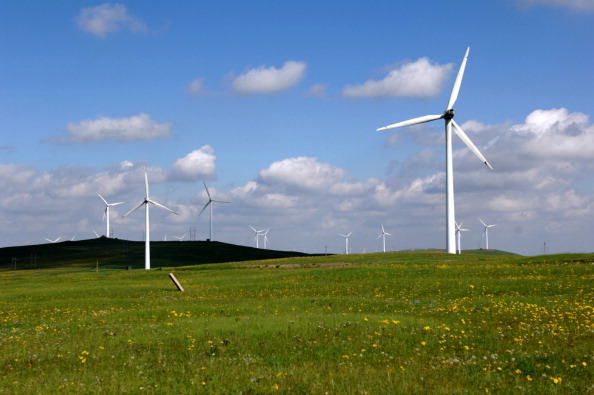 Protecting U.S. intellectual property against theft by China is at the center of current trade disputes between the two countries, as U.S. tariffs on Chinese imports officially commenced on July 6. China quickly imposed tit-for-tat-tariffs on $34 billion worth of American imports.

On the same day the trade tariffs began, a Chinese company was punished for putting hundreds of U.S. workers out of their jobs after stealing trade secrets from a U.S. company.

A U.S. judge ordered Chinese wind turbine maker Sinovel Wind Group to pay a $1.5 million fine after the company was convicted of stealing key technology from the Massachusetts-based AMSC.

U.S. District Judge James Peterson in Madison, Wisconsin, also sentenced Sinovel to one year of probation, during which it must pay the unpaid balance of a $57.5 million settlement it struck with AMSC that was disclosed on July 3.

The U.S. Justice Department said Sinovel has already paid AMSC, formerly known as American Superconductor Corp., $32.5 million. The company will also have to pay an additional $850,000 to other unspecified victims during the probation period.

The wind energy sector in China started to develop in the early 2000s, when the 10th Five-Year Plan, the blueprint for the country’s economic and social development from 2001 to 2005, was announced. The plan aimed to reduce the country’s dependence on burning coal for electricity. Meanwhile, it placed a mandate for wind turbines used in Chinese projects to be made with 70 percent domestically produced parts.

In just seven years, China increased its amount of installed wind power from 1,272 megawatts in 2005 to 75,324 megawatts in 2012, according to a report by the International Renewable Energy Agency. And as of February, China’s wind energy capacity had reached 188.2 gigawatts (1,000 megawatts in one gigawatt), according to magazine Windpower Monthly.

However, much of the electricity generated is wasted, due to the lack of a power grid with the capacity to transport the energy from wind farms located in remote parts of the country to major Chinese cities, where the energy demand is highest. Most of China’s wind farms are located in the northern provinces such as Inner Mongolia, Gansu, and Jilin, as well as the far northwestern Xinjiang region.

Sinovel Wind Group was founded in 2006, soon after the Chinese regime’s policies favored renewable energy development. The company went public in January 2011; its IPO on the Shanghai Stock Exchange raised 9.5 billion yuan ($1.43 billion), according to state-ru n newspaper China Daily. At the time, one of the biggest shareholders of Sinovel was the state-owned firm Dalian Heavy.

Sinovel’s meteoric rise—it became the world’s second-largest wind turbine maker in 2010 and its shares traded at 90 yuan ($13.55) per share in January 2011—has only highlighted its spectacular downfall. On July 6 this year, Sinovel’s shares were traded at 1.1 yuan ($0.17) per share.

The U.S. case centered on technology that AMSC developed to regulate the flow of electricity from wind turbines to electrical grids. Sinovel had contracted with AMSC to purchase more than $800 million of AMSC products and services to be used in its manufactured wind turbines.

In 2011, Sinovel began conspiring to obtain AMSC’s copyrighted information and trade secrets so that it could make wind turbines and retrofit existing ones without having to pay AMSC, according to prosecutors.

Sinovel recruited Dejan Karabasevic, an employee of an AMSC unit, to join the Chinese company and secretly copy information from AMSC’s computer system, including the source code for the PM3000, part of its wind turbine control system, according to an indictment.

Karabasevic, who lives in Serbia, was convicted in a related case in Austria in 2011. Meanwhile, the United States has pending charges against him and two Chinese nationals who worked for Sinovel at the time, Su Liying, the deputy director of its research and development department, and Zhao Haichun, a technology manager.