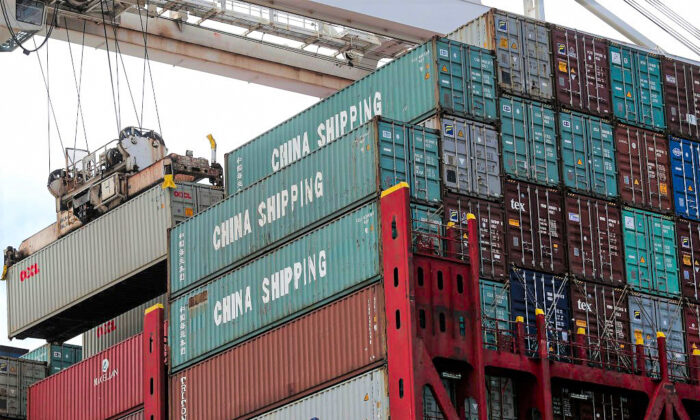 A shipping container is offloaded from East China Sea container ship at the Port of Oakland in Oakland, Calif., on June 20, 2018. (Justin Sullivan/Getty Images)
Australia 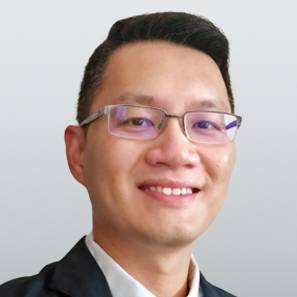 Once the most convenient country to perform crew changes for seafarers, China has now become the most cumbersome after the Chinese regime instituted a seven-week COVID-19 mandatory quarantine policy for returning Chinese seafarers in November.

The Chinese regime’s attempt to maintain a COVID-zero strategy has infuriated the shipping industry, as it sets off a fresh wave of disruption into a global supply chain already plagued by shipment delays and crew change crisis.

Even vessels with newly changeover crew must wait two weeks before they are allowed to enter Chinese ports. The situation has caused shipowners to reroute ships and swap ship operations. Above all, it made the recruitment and repatriation of Chinese seafarers a near impossible mission.

“Any restrictions to ship operations have an accumulative impact on the supply chain and cause real disruptions.”

At the height of the Delta variant in late-2020, demands for vaccinated Chinese seafarers skyrocketed, with shipping companies drafting crew from other nations to replace Indian crew barred from entering ports for their prior visits to India or Bangladesh.

Flights and port restrictions aimed to tackle the spread of COVID-19 variants in the Philippines likewise obstructed crew change. In addition, the low vaccination rate in the country meant that Filipino crew were less popular for sea jobs, like their Indian counterparts.

The ease of crew change in China and the high vaccination rate among Chinese seafarers, on the other hand, pushed the demand for Chinese crew on international voyages, replacing the traditionally preferred English-speaking Filipino and Indian crew.

“The regulatory restrictions that prohibit foreign crew change in China leave no choice but to use Chinese crew when shipowners and managers do not have other options to do crew changes in other countries, even if the employers decide to change the crew nationality at a later time,” Wallem Group’s Praveen Shukla said.

But the latest restrictions from Beijing’ have seen ship operators calling for ease of its restrictions on Chinese seafarers who will bear the brunt of physical and mental torment, like other seafarers.

The restrictions require Chinese seafarers to quarantine themselves for three weeks before they can return to China, followed by two weeks at the port of arrival and another two weeks in their province before they can reunite with their families, according to Terence Zhao, managing director of Singhai Marine Services.

As Beijing continues to push its COVID-zero strategy, locking down cities over a few cases and guarding its seaports, Chinese crew may face the prospect of being relieved by the very seafarers they had initially been replaced as more countries and ports offer vaccinations to international crews from alternative countries.