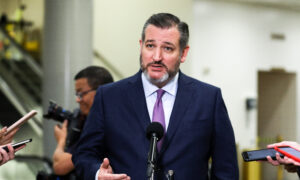 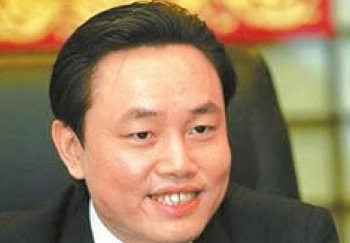 The case highlights the complex relationship between business entrepreneurs and regime officials in China.

Forty-year-old Huang Guangyu, who was once China’s richest man and the founder of GOME Electrical Appliances Holding Ltd., was convicted of illegally trading 822 million Hong Kong dollars (US$105,384,612) between September and November 2007. He was sentenced to 14 years in jail on Tuesday.

Huang was also accused of insider trading of shares as the major shareholder in the Shenzhen-listed Beijing Centergate Technologies (Holding) Co., Ltd., with a total trade value of more than 1.415 billion yuan (US$207 million), between April and September 2007. He allegedly gained a trading profit of more than 309 million yuan (US$45 million).

Huang was found guilty of directly bribing or instigating others to bribe five police and taxation officials with 4.56 million yuan (US$667,000) in cash and properties from 2006 to 2008, in exchange for improper benefits for his two firms GOME and Beijing Pengrun Real Estate Development Company.

Huang was detained by Beijing police in November 2008 for an investigation into allegations of stock market manipulation. On April 22, after 17 months in custody, Huang went on trial at the Beijing No. 2 Intermediate Court.

According to a CNN report, one of those officials, Xiang Huaizhu, a former deputy director of the Economic Crime Investigation Bureau of the Ministry of Public Security, went on trial in March on charges of taking 1.06 million yuan (US$155,234) from Huang. Yet Xiang’s verdict has not been announced so far.

Huang Guangyu’s case, which has been widely reported by Chinese media and overseas news agencies, has once again been drawing attention to the obscure world of Chinese entrepreneurs and their relationships with regime officials.

The BBC said in a report that this is not an isolated case but one of the biggest corruption scandals in China: “For some, the prosecution of Huang Guangyu will show that the government is serious about fighting corruption. But it is unclear whether or not this one case will lessen corrupt practices elsewhere in the country. After all, major figures from government and business have been convicted before without any noticeable effect on the levels of corruption.”

An Associated Press report quoted Joseph Cheng, chairman of the Contemporary China Research Center at the City University of Hong Kong, as saying, “Corruption is quite rampant in China, and businesspeople in general believe they have to offer bribes to get transactions done. When political leaders get into trouble, either because of corruption or because of factional struggles, the business groups associated with them tend to get into trouble also.”

ABC commented: “Cases of illegal activity and corruption are common in China both among business leaders and government officials. ‘Guanxi’ means ‘relationships’ in Chinese. But in the business world in China, ‘guanxi’ has become much more complex. Networks of business people and officials exchanging favors can be harmless and legal, but often, just like in any other country in the world, humans can get greedy and carried away.”

Beijing law professor Jingzhou Tao said in the same CNN report, “The real issue in this case is how complex the intertwining relationship between businessmen and bureaucrats is, the opaque discretionary power of government officials, and the lack of ethical rules for the Chinese business community.”