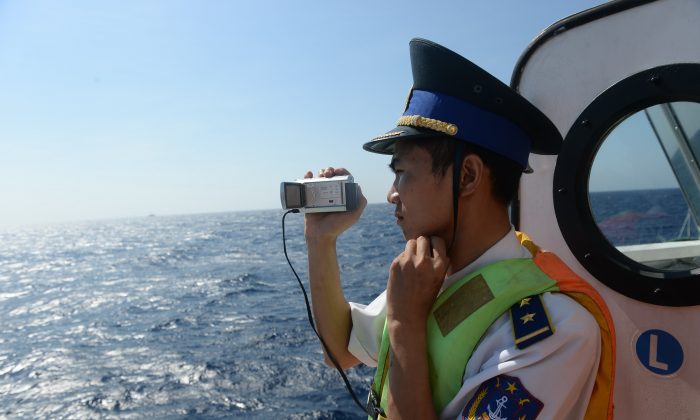 China’s Push in the South China Sea Divides the Region

As China brings in a $1 billion oil exploration rig, parking it in a disputed region of the South China Sea and unleashing a deadly anti-China protest in Vietnam, nearby Southeast Asian neighbors appear relatively mute and impotent. Burma (also known as Myanmar), which hosted the meeting of the 10-nation Association of Southeast Asian Nations, or ASEAN, released a statement May 11 expressing “serious concerns over ongoing developments in the South China Sea.” The statement said the leaders had called for restraint and peaceful resolution of the dispute, but without mentioning China.

This is remarkable, as Vietnamese Prime Minister Nguyen Tan Dung had warned his ASEAN colleagues at the meeting that China’s “extremely dangerous action had been directly endangering peace, stability, security, and marine safety.”

ASEAN foreign ministers issued a rare stand-alone statement expressing “serious concerns” about developments in the sea and calling for quicker action in negotiating a code of conduct between China and the grouping. Vietnam and the Philippines undoubtedly hoped for stronger support from their neighbors, two of which—Malaysia and Brunei—have their own overlapping claims with China in the South China Sea, which serves as a major international shipping route, has rich fishing grounds, and is believed to hold deposits of oil and gas.

The diverse ASEAN grouping probably did about as much as could be expected considering that it is consensus-driven and that it has struggled in the past reaching a joint stance on tensions in the South China Sea. Two years ago, ASEAN foreign ministers failed for the first time to issue a statement at the end of their summit in Cambodia because Phnom Penh refused to include any reference to a discussion of the sea disputes. Many Southeast Asian countries are reluctant to challenge China because it has become their largest trading partner and it is the largest aid donor to nations like Cambodia and Laos.

On top of that, the major points in the chairman’s statement summing up the leaders’ meeting had reportedly been agreed upon before China parked the oil rig as it became clear that no senior leader from Thailand, amid a monthslong political crisis, would be able to attend the summit and sign off on major revisions.

Still, reading between the lines of the ASEAN statements, leaders clearly spent considerable time discussing developments in the South China Sea and that China’s latest moves have them worried. The leaders also anticipate this would not be their last word of the year on China’s increased assertiveness.

In early August, the ASEAN foreign ministers can count on the backing of the foreign ministers of the United States, Japan, India, Korea, Australia, and others when they meet for the ASEAN Regional Forum in Burma. This will be followed in November by the East Asia Summit, attended by the leaders of the United States, Japan, and India, among others. ASEAN officials recognize that they will not need to take the lead in discussions with China about the South China Sea at these meetings.

The U.S. response was quick. Secretary of State John Kerry had a telephone conversation with Chinese Foreign Minister Wang Yi on May 12 and, a spokesman reported he described China’s introduction of an oil rig in waters disputed with Vietnam as “provocative.”

Singapore’s Foreign Minister K. Shanmugan visited Washington right after the ASEAN meeting, and afterward, according to foreign policy, Kerry said, “We want to see a code of conduct created; we want to see this resolved peacefully through the Law of the Sea, through arbitration, through any other means, but not direct confrontation and aggressive action.” Shanmugan added, “ASEAN’s ability to deal with or reduce tension on any given incident is not significant.”

President Barack Obama visited the Philippines shortly before China moved its rig into an area claimed by Vietnam. “We believe that international law must be upheld, that freedom of navigation must be preserved, and commerce must not be impeded,” Obama said during his visit. “We believe that disputes must be resolved peacefully and not by intimidation and force.”

In the weeks leading up to the president’s visit to Asia, U.S. officials had publicly challenged the legitimacy of China’s nine-dash line claims to most of the South China Sea and had warned Beijing not to impose an air defense identification zone over this sea as it had in the East China Sea near Japan late last year.

Many U.S. analysts suggest that Beijing moved the rig into Vietnam’s exclusive economic zone to signal to Washington and the capitals of ASEAN that China plans to test the U.S. commitment in its rebalance to Asia to stand by its allies and friends in the face of stepped-up Chinese assertiveness. “China is saying to its neighbors ‘You sure you want to sign on to the U.S. rebalance?’” one China expert said.

Much of Washington’s strategy focuses on building international support to challenge China’s assertiveness in such forums as the East Asia Summit and the ASEAN Regional Forum while developing closer ties with the Southeast Asian disputing parties, particularly the Philippines, Vietnam, and Malaysia. It is also seeking to improve military ties with the goal of helping boost the military domain awareness of these countries. And since the dispute began, the U.S. Navy has renewed its offers to bolster ties with Vietnam, including offering more ship visits.

The United States and at least some ASEAN countries hope increased international pressure will nudge China to explore compromises built around global rules such as the U.N. law of the sea. Manila last year mounted a challenge to China’s sovereignty claims by asking an arbitration tribunal to rule on whether Beijing’s nine-dash line has legal standing. China has refused to participate in the case, but some observers anticipate that Beijing might feel some pressure if other countries, say, Vietnam would launch similar actions.

But it’s far from certain that this policy will work, at least in the short term. “From China’s perspective, they aren’t paying a very high price,” said China foreign policy expert Bonnie Glaser, at the Center for Strategic and International Studies, who visited Beijing just after the news of its oil rig broke. “My sense from discussions in Beijing is that the Chinese are determined to assert their claims and are willing to tolerate a degree of tensions with their neighbors.”

China recognizes that it cannot challenge Washington militarily any time soon, but it is convinced that it holds a huge edge over the United States in its economic ties with China’s neighbors. Glaser said the Chinese “believe that the benefits that their neighbors gain from China economically will prevail [and that] the region will eventually accept Chinese dominance in the South China Sea. A statement by ASEAN expressing ‘serious concern’ isn’t going to change China’s calculus.”

Murray Hiebert is senior fellow and deputy director of the Sumitro Chair for Southeast Asia Studies at the Center for Strategic and International Studies (CSIS) in Washington, DC. © 2014 The Whitney and Betty MacMillan Center for International and Area Studies at Yale.