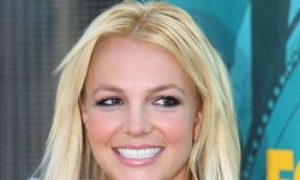 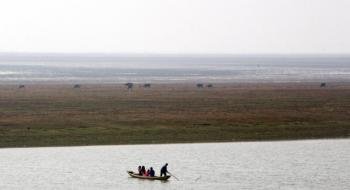 THE EASTERN BERMUDA TRIANGLE: A boat sails in China's Poyang Lake in 2008. Many boats have sunk mysteriously in the Laoye Temple waters of Poyang Lake. (China Photos/Getty Images)
Beyond Science

Epoch Times Staff
View profile
Follow
biggersmaller
Print
On Oct. 20, several major media in China reported on the dangerous waters of Poyang Lake, the largest freshwater lake in China. Poyang Lake is known as the “Bermuda Triangle of the East.”

This “Bermuda Triangle” is located in the northern part of Poyang Lake in Duchang County, Jiangxi Province. On the lake’s northern shore is a temple called Laoye Temple. Hence the locals call the waters near the temple the Laoye Temple waters.

Among the boats missing in this area was one as large as 2,000 tons. It is documented that on Aug. 3, 1985, 13 boats had accidents in the Laoye Temple waters. The mystery is that those boats could not be recovered no matter what attempts were made to do so.

Storms Can Come at Any Time

According to multiple media reports, many local fishermen pray with burning incense or hold ceremonies before they travel in these waters.

Fifty-one-year-old Zhang Xiaojin has been fishing in the Laoye Temple waters for 20 years. “The storms could hit any time,” said Zhang. He and the other fishermen know to carefully observe any small changes on the lake no matter how far they travel.

“I remember one day in the winter of 2001, we were on the lake and everything was fine, but the weather suddenly changed. The waves became so fierce that all boats tried to pull in to shore,” Wang Fangren, a fisherman with 50 years of navigating experience, told media. “One end of a sand-shipping boat suddenly sank and the entire boat went down.”

According to Wang, there are usually signs before a big storm hits. However, the storms on Laoye Temple waters hit in the blink of an eye. “The storm lasted for less than 20 minutes and everything went back to normal like it never happened.”

On April 16, 1945, a Japanese boat sank in the Laoye Temple waters. None of the 20 people on board survived. Afterward, the Japanese sent an underwater salvage team. One individual came back up and the rest disappeared. The survivor was terrified after he took off his diving suit, and he lost his mind soon after.

Later, a salvage mission was conducted for several months, but nothing was found, and several American divers disappeared.

According to Han Lixian, a resident of Duchang County, in 1977, the people in the county built three dams, one of which was near the Laoye Temple waters. One night, the dam, which was 2,000 feet long, 165 feet wide, and 16 feet above water, sank without making a noise.

A while ago, a reporter from Jiangxi Daily went to the waters near Laoye Temple with several scientists. When he stood in Laoye Temple, he felt the wind blow from south to north. But when he looked at the water, the spray showed there was wind blowing from north to south. It seemed that the wind was blowing in two opposite directions.

Furthermore, when the wind blew, the spray on the lake did not travel in a straight line, but in an upturned “V” shape. The strange winds and spray made it hard for the fishermen to tell direction.

Boats Overturned Without Waves or Wind

However, people believe that strange winds are not what make these waters dangerous. Jin, the abbot of Laoye Temple, said that this year on March 5, which was a calm sunny day, a 1,000-ton boat overturned in the waters. No one knows why.

In the eyes of the locals, a legend can explain what happened. When Zhu Yuanzhang, the founding father of the Yuan Dynasty, waged war against his rival Chen Youliang near Poyang Lake, Zhu was losing the battle and retreated to the lake shore. There was not a boat on the lake, but a giant turtle appeared and helped Zhu across the lake.

After Zhu became the emperor, he made the turtle a general and built Laoye Temple near the lake in memory of the turtle. The locals believe that the turtle’s spirit is stirring up trouble for the fishermen.

A local expert told the media that they have found out what caused the waters to be dangerous. “An infrared picture shows that there is an enormous sandbank below the Laoye Temple waters. It is about 6,600 feet long and goes east–west. The sandbank blocks the water flow and creates a whirlpool under the lake. It is very possible that the whirlpool sinks the boats,” said the report.

However, this theory still cannot explain why the remains of sunken ships were never found.