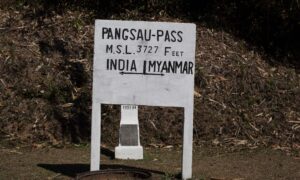 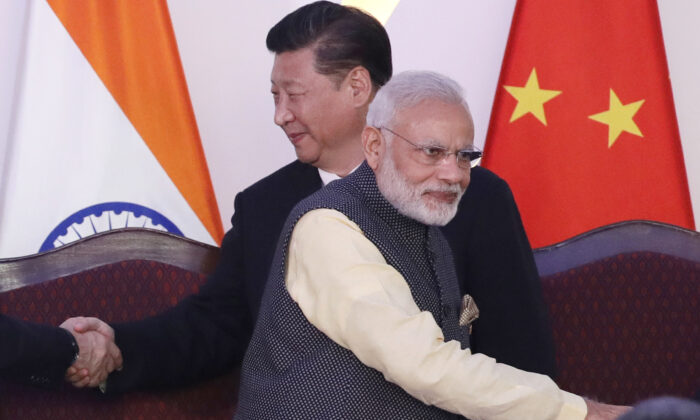 State-run media criticize India's relations with US, accuse it of responsibility for pandemic, question its vaccines
By Venus Upadhayaya
biggersmaller
Print

NEW DELHI—The China regime’s media war on India has gained pace and spice since last year’s bloody clash in the Galwan Valley, with Chinese media offering counter-narratives and reports on topics that include the COVID-19 pandemic, the competition for selling vaccines, and India–U.S. relations.

An opinion article published by the Chinese state-run outlet Global Times on Jan. 19 blamed India for using the deterioration of U.S.–China relations to advance its political and economic interests through tighter ties with the United States.

Aparna Pande, director of the Initiative on the Future of India and South Asia at the Washington-based Hudson Institute, told The Epoch Times that India doesn’t play a role in U.S.–China relations.

“If the U.S.–China relation is problematic, it’s China which is to be blamed for it. There’s a U.S.–China peer competition, there’s a U.S.–China strategic rivalry, but it dates back to China’s desire to be a global superpower and to challenge American primacy, to challenge the liberal international order that the United States and its allies have created over the years,” Pande said.

The Global Times article also blamed India for spending too much on “strategic layouts and aggressive foreign policies,” while warning that could leave India to “face enemies on multiple fronts and slip into a quagmire of strategic overdose.”

Professor Madhav Nalpat, the vice chair of the Manipal Advanced Research Group and the editorial director of ITV Media, questioned the intent of the Chinese opinion writer.

“About multiple fronts, they are admitting that China will fight on the side of Pakistan. What do they want? Surrender? Not an option,” Nalapat told The Epoch Times.

“Once the PRC [People’s Republic of China] fully supported Pakistan in Kashmir and in multiple other ways since CPEC [China Pakistan Economic Corridor Project] was decided upon, it was clear that the next war would be on two fronts.

“That was the cause of changing many minds about a security partnership with the U.S. rather than relying on Russian assurances that the PRC would not join in conflict with India.”

Chinese state media is a mouthpiece of the Chinese Communist Party and is merely indulging in the Chinese state’s propaganda, Harsh V. Pant, a professor at King’s College in London and head of strategic studies at the Observer Research Foundation in New Delhi, told The Epoch Times.

“As the relations between China–India have deteriorated, certainly the media narratives also reflect that deterioration,” Pant said. He noted that unlike Chinese media, Indian outlets are diversified and consist of many voices, ranging from those who favor repairing the Sino-India relationship to those who want the Indian government to take a more aggressive stance.

While praising Prime Minister Narendra Modi’s government for its “remarkable achievements” during its first term from 2014 t0 2019, the Jan. 19 opinion accused the Modi administration of arrogance since then.

“But the overconfidence of Indian leaders has greatly increased especially since Prime Minister Narendra Modi’s Bhartiya Janata Party managed overwhelming victories in the 2019 elections. They have unfortunately become arrogant, and acted rashly,” said the opinion writer, Qian Feng, the director of the research department at the National Strategy Institute at Tsinghua University.

Modi’s reelection in 2019 was the start of rapid infrastructure building along the border in Ladakh. When the bloody Galwan incident happened, India had just finished building a 65-yard-long bridge on the Galwan River, and India’s impetus to improve its infrastructure on the border was the primary reason behind the Chinese aggression.

The bridge was meant to consolidate India’s footprint in the region and threatened Beijing’s agenda, Abhijit Iyer-Mitra, a senior research fellow with the New Delhi-based Institute of Peace and Conflict Studies, previously told The Epoch Times in an interview.

“India instigated the bloody Galwan Valley clash,” said Feng, who also asserted that India bears responsibility for the subsequent decline in relations between the two countries.

Nalpat said the Global Times is living in an “alternate reality universe.”

“About arrogance on Galwan, the Modi government will not anymore ignore the PLA’s [China’s People’s Liberation Army] salami-slicing on the border but will block further encroachment. Global Times writes as though the entire Himalayan massif belongs to China. This is the kind of delusion that leads to war and not with just a single country,” said Nalapat, who was appointed India’s first professor of geopolitics in 1999.

Pande said that starting from the mid-1950s and 1960s, it’s been China that has slowly taken over many miles of the Indian territory along the massive border.

“It is China that has actually provoked India repeatedly and India which has, by and large, remained non-aggressive. India has not reacted and all India is doing is building infrastructure on its side.”

A day after India’s Republic Day celebrations on Jan. 26, the Global Times published a report citing the Chinese embassy in India urging the Indian government to engage in cooperation with China. The report came after the Indian government permanently banned 59 Chinese mobile applications.

The Chinese media quoted Ji Rong, the Chinese embassy spokesperson, as saying that India-China trade is mutually beneficial, and claiming that while India banned the apps on the pretext of threat of national security, the move violates WTO rules and market principles.

“The Indian government’s practices have hindered the improvement of the Indian business environment and the innovative development of related industries,” the Global Times reported.

Feng was cited in a Global Times report as saying the permanent ban of the Chinese apps is “proof of allegiance” by India to the United States, and referred to it as an “irrational revenge.”

In the Jan. 19 opinion piece, Feng said India cracked down on trade with China and people-to-people exchanges “to vent dissatisfaction and cater to India’s nationalists and interests groups.”

Pant said the Indian government, as a democracy, has to respond to the public opinion and pressures inside its society.

“There’s a sense among Indians that for them it’ll be difficult to trust China anytime soon, and also the fact that China continues to target India,” said Pant.

Nalapat said that India has the second-biggest trade deficit with China after the United States.

“At the same time, Indian IT and pharmacy besides other items are, in effect, blocked from the Chinese market, that has prior to Galwan been wide open to PRC  goods often at the cost of domestic manufacturers,” he said.

“India contributes $70 billion of surplus, if HK [Hong Kong] and the switch trade are taken into account. This is an intolerable situation especially when China is empowering the Pakistan military in its asymmetric war on India.”

China’s blame of India for being irresponsible on matters of trade is “very interesting,” because China believes that despite its border aggression and its incursions on Indian territory, India should not allow that to affect trade, Pande said.

On Pandemic and the Vaccine

India has also been also the target of China’s pandemic blame game. The Global Times published a story on Nov. 29 last year saying that the earliest human-to-human transmission occurred in the “Indian subcontinent,” several months before the outbreak in Wuhan, citing a Chinese study that wasn’t yet peer-reviewed.

The Chinese study, titled “The early cryptic transmission and evolution of SARS-CoV-2 in human hosts,” was conducted by three researchers, one of them affiliated with the state-run Chinese Academy of Sciences. The study, which first appeared on the research paper website SSRN in November last year, was later retracted.

And more recently, the Global Times published another opinion piece on Jan. 26 that said India is promoting its vaccine campaign while smearing China’s.

“A vaccine is supposed to be the last fortress against the raging novel coronavirus pandemic. In the eyes of India, however, it has become a lever in its tool kit to compete with China,” opinion writer Ai Jun said, adding that the Times of India has run a campaign that’s been critical of Chinese efforts.

The opinion piece also quoted an insider who said China–Bangladesh cooperation over the vaccine was disturbed due to interference by India. It blamed the Times of India report for “cockiness” and said that India believes that “vaccine procurement is a geopolitical choice.”

Nalpat said China is selling its vaccines even to poor nations, even as India is giving them for free.

“The world will decide which vaccine is best. India produces most of the world’s vaccines,” he said.

Pande said China is on a “very weak footing” when it comes to the COVID-19 vaccines because India has the largest generic pharmaceutical industry in the world.

“Indian companies and Indian pharmaceutical sector are respected all across the developing world. The Serum Institute of India based in Pune actually manufactures 60 percent of the world’s generic vaccines, for WHO and sends to many countries, HIV, malaria, cancer,” Pande said. “China’s problem is that the Chinese vaccine is not trusted as much as Oxford University’s AstraZeneca vaccine, which India is producing generically.”

She said that some of that trust has been lost because personal protective equipment that China provided to many countries was founded to be faulty.

After a fire broke out at India’s Serum Institute on Jan. 21, the Global Times published a report questioning India’s capacity to produce high-quality vaccine after the fire.

Pant said the CCP is on a war footing when it comes to the vaccine because India is certainly taking a diplomatic lead.

“The CCP is jittery that its aggression has been rebuffed by India, and New Delhi’s global cachet seems to higher on account of vaccine diplomacy,” Pant said. “So this is a desperate attempt to portray India as a reckless actor.”