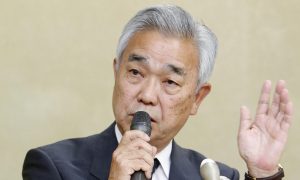 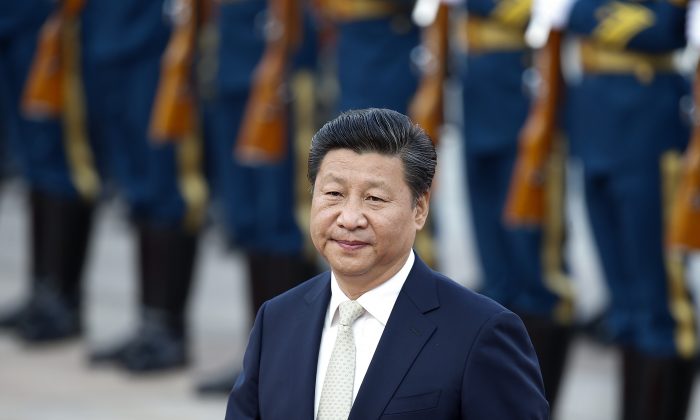 The leader of the Chinese Communist Party, Xi Jinping, is scheduled to meet with President Barack Obama on Friday, Sept. 25, and Obama is expected to raise the issue of Chinese state-run cyberattacks against U.S. businesses.

It’s no coincidence that the day after Xi arrives in the United States on Sept. 22, he’ll join a technology conference hosted by Microsoft and Chinese officials in Seattle, which they’ve asked large U.S. technology companies to attend.

Initial leaks from Washington said that ahead of the meeting, Obama would announce sanctions against Chinese businesses that have profited from state-run cyberattacks. After last minute meetings in Washington by top Chinese officials, that is now off the table.

The current rumor is that Obama will announce a “cyberarms agreement” about military-level cyberattacks, which bypasses the issue of for-profit cybertheft.

The CCP’s technology conference could have something to do with this muted reaction from the Obama administration. Ahead of Xi’s meeting with Obama, the CCP has been reaching out to U.S. tech companies directly, and it looks like U.S. businesses are ready to work with Chinese leaders.

Bureaucracy and business interest can forever delay political action—and when facing sanctions in the current dilemma, Chinese leaders seem to have bypassed political debate and went straight to U.S. businesses.

Chinese leaders know the United States would have a tough time announcing sanctions against Chinese companies without the support of U.S. businesses that have been victims of cyberattacks. And if Chinese leaders can get U.S. businesses on their side, they can be used as leverage to negotiate with U.S. leaders.

At the end of the day, the key victims of Chinese state-run cyberattacks are U.S. businesses, and if these victims tell the U.S. government not to sanction Chinese companies because it will impact their markets—and even more so, if they say China is lightening up, and open for businesses dialogue—then it’s likely U.S. leaders will back off.

It looks like the CCP has pulled out an old communist tactic, where they manufacture a harsh crackdown, then later alleviate some of this harshness in order to make the target feel gratitude—even though the problem still remains.

An analogy of this strategy would be if a communist government announced that food rations would be cut 50 percent, then two weeks later, the grand leader announces that out of mercy he’s only cutting rations by 25 percent. The common reaction among the populace—even though they’ve still had rations cut by a quarter—is to feel gratitude.

The Chinese regime seems to have used this strategy on U.S. businesses.

The Chinese culling of U.S. tech companies—which they accompanied with spy and security accusations—culminated around July when the CCP created a new “national security law” that requires tech companies to give their source codes and encryption keys to Chinese authorities, and to make their systems “secure and controllable.”

In other words, if U.S. technology businesses wanted to stay in China, they would need to hand the heart of their products to the Chinese regime, and grant Chinese authorities ongoing access to their systems.

These businesses were at first thrown aback, and Obama even publicly criticized the new requirements.

But now things seem to have changed. Ahead of Xi’s visit, the CCP has extended a strategic olive branch—and U.S. tech companies are being invited back with new state requirements, yet with open arms.

From here, it’s very likely we’ll see a reduction in Chinese cyberattacks, but the core problems won’t go away.

If U.S. companies agree to the CCP’s terms, they’ll be forced to hand Chinese authorities the same information that its military hackers were previously stealing with cyberattacks.

In other words, if they agree to the CCP’s new rules, the Chinese regime won’t need to use cybertheft since U.S. tech companies will be handing over all their data willingly. The rate of cyberattacks will thus likely drop, but the CCP’s theft and spying won’t end.

The types of cybertheft that will likely continue, however, are the kind that are tolerated in the international community—mainly spy operations targeting personal information on federal employees, targeted foreign citizens, and military data.

Obama outlined this in a Sept. 16 speech, stating “We have repeatedly said to the Chinese government that we understand traditional intelligence gathering functions that all states, including us, engage in.”

“But that is fundamentally different from your government or its proxies engaging directly in industrial espionage and stealing trade secrets, stealing proprietary information from companies,” he said.

When it comes to basic spying on governments, businesses, and foreign individuals targeted by the CCP, things will go on as usual—the CCP has a justification when it comes to these types of operations, since they can call it tit-for-tat with U.S. spy programs.

If the United States does decide to forgo sanctions against Chinese companies, and instead make deals with the CCP for better behavior in cyberspace, not only will Chinese theft and spying not come to an end, but the new form it takes will happen on Chinese turf, on Chinese terms, and with almost no way for the world to find out.