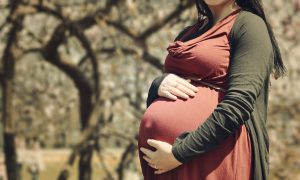 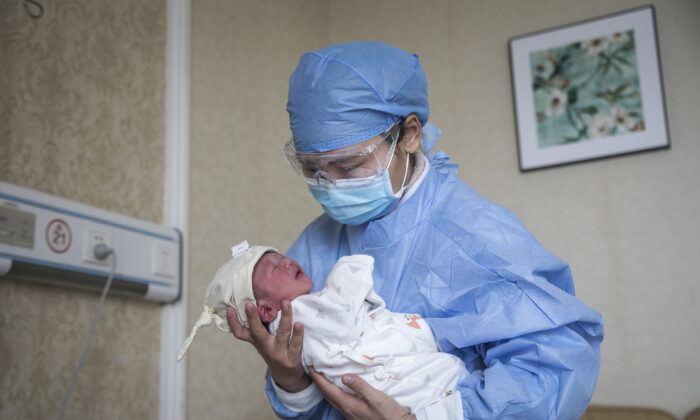 With high infertility rates, China has the highest rate of assisted reproduction in the world, according to Chinese state media. Many Chinese couples who have difficulty conceiving are seeking out assisted reproductive technology, while the rich and famous opt for surrogacy.

Around the globe, more than 8 million babies have been born through IVF (in vitro fertilization) since the birth of the first “test-tube baby” in the UK on July 25, 1978. In China alone, more than 200,000 babies are born through IVF technology every year, the largest number in the world, according to Chinese state media.

Owing to China’s decades of strictly enforced one-child policy, the country’s birth rate has dropped to 1.3 in 2020, according to the latest census data. China’s National Health Commission attributes the high infertility rate to the declining number of women of child-bearing age and more people choosing to get married and have a baby at a later stage in life, compared to their parents’ generation. The latest official statistics show that between 2007 and 2020, China’s infertility rate increased from 12 percent to 18 percent. This means that one in 5.6 couples experiences infertility problems today.

Of the estimated 50 million Chinese of childbearing-age suffering from infertility problems, about 20 percent are seeking assisted reproductive technology (ART). The huge demand has prompted a rapid growth of China’s ART market, and the country’s global market share has also increased year by year, reaching approximately 18.12 percent in 2020, according to Chinese state-run media.

For instance, the Reproductive Center of Peking University Third Hospital, where China’s first IVF baby was born in March 1988, has an annual outpatient rate of nearly 600,000 people, and conducts more than 10,000 infertility exams and treatment operations every year, according to Chinese digital newspaper The Paper.

Surrogacy for the Rich and Famous

Surrogacy is illegal in China, but there is a costly underground market for that industry. Therefore, only the wealthy Chinese can afford to use surrogacy services.

In recent years, three surrogacy stories involving Chinese celebrities have been in the headlines.

The family of tycoon Lee Shau-kee, one of the four most famous families in Hong Kong with a net worth rumored to be as high as 200 billion Hong Kong dollars (about $26 billion), was under the spotlight. In 2010, Lee’s eldest son, Peter Lee Ka-kit, had three sons through a U.S. surrogacy agency, so that he and his brother Martin Lee Ka-Shing, who has two daughters, would be able to inherit equal shares of the family assets.

Another story involved a wealthy businessman and his wife in China’s Guangdong Province who had eight babies all at once after struggling with infertility for years. At the beginning of 2010, the couple finally had eight healthy embryos through IVF. They decided to have the wife carry three of the embryos, and the two surrogate mothers carry the other five. In October 2010, the three women gave birth to four boys and four girls.

Earlier this year, after breaking up with her boyfriend, renowned Chinese actress Zheng Shuang was accused of abandoning her two children who were born through surrogacy in the United States. The allegation ruined her career, as a huge number of fans and Chinese authorities condemned her actions.

In August 2001, China’s Ministry of Public Health issued the policy called “Administrative Measures for Assisted Human Reproductive Technology,” which prohibits medical institutions and medical staff from performing any form of surrogacy procedure, including sales of embryos. Any medical institution that assists in a surrogacy arrangement may be subject to a fine of up to 30,000 yuan (about $4,639), according to the ministry. However, no punishment is specified for patients or customers seeking surrogacy service.

The majority of Chinese reject the use of surrogacy. In a 2017 poll by Chinese state media People’s Daily, 81.5 percent of participants disapproved of surrogacy, while 13 percent supported it, and 5.5 percent took no stance.

However, many wealthy Chinese still make use of surrogacy through secret channels. Liu Changqiu, a researcher at the Shanghai Academy of Social Sciences and a professor at the Shanghai Academy of Political Science and Law, disclosed to Chinese media Sixth Tone that it is not uncommon for Chinese people to seek surrogacy abroad, especially wealthy Chinese and celebrities.

Liu also said that there is actually a huge surrogacy market in China. Any couple may pay tens of thousands of U.S. dollars to a surrogacy agency, which in turn will provide surrogate mothers for them to choose from, arrange the surrogate mother to give birth in a designated hospital, and obtain a birth certificate and sometimes foreign citizenship for the newborn. Each step has a price tag.

According to an undercover investigation by Beijing News, in a surrogacy process, the husband and wife provide sperm and eggs to make embryos, which are then transplanted into the surrogate mother’s womb. The basic cost is 450,000 yuan (about $69,585); if the couple wants a boy, a chromosome selection procedure is needed, bringing the total cost to 1.2 million yuan (about $185,560).