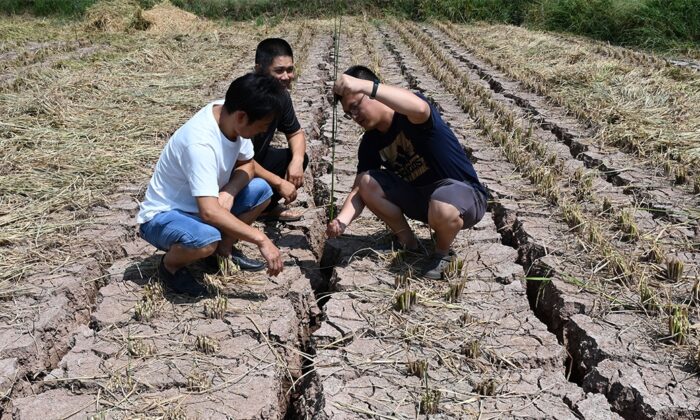 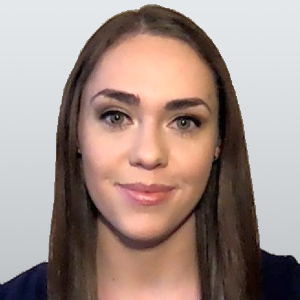 A record-breaking heat wave across China is exacerbating underlying issues that threaten its future role in the global supply chain, an Asian studies expert says.

China has long struggled with water shortages, food prices, power grid issues, and inflation, all of which have been magnified by the record heat wave the country is facing, says Dean Cheng, a senior research fellow in the Asian Studies Center at The Heritage Foundation.

Over the past two months, China has been battling its worst heat wave in more than 60 years, with temperatures reaching as high as 113 degrees Fahrenheit (45 degrees Celsius) in Beibei, which is in the Chongqing Province, and 111.2°F (44°C) in Sichuan Province, The Washington Post reported.

“What we are seeing is a China that is likely to become ever less reliable as part of the global supply chain,” Cheng said, though he added it’s unlikely countries will depart from China in the near future due to how long it would take to build factories elsewhere.

Cheng said it is possible, however, that companies will look to build new factories elsewhere due to the communist country’s water-supply issues and their impact on the global supply chain.

“It does mean that companies are going to be looking at modernizing other places, perhaps outside of China. It means companies will be thinking, ‘Where will I open my next factory?’ and maybe say, ‘instead of China, then Vietnam, Peru, Egypt,” Cheng said.

“That is going to be part of the longer-term impact of all of this. There’s a long-term rejiggering of global supply chains, potentially making certain products less dependent on China,” he said.

The heat wave has resulted in rolling electrical blackouts for homes and offices, and in factories being shut down, and it has killed thousands of fish and poultry, CNN reported. Some electricity was restored after two weeks, however, because of fewer people requiring air conditioning due to decreasing temperatures, according to German broadcaster Deutsche Welle.

“When you have an extended heat wave, plus some areas being hit by droughts, you start having multiple demands for water, which is a problem for China, because China overall has a shortage of fresh water,” Cheng said.

Sichuan Province is home to at least 80 million people and is considered a “regional manufacturing powerhouse.” The province and a nearby megacity, Chongqing, now face severe flooding due to rain that began on Sunday and is expected to continue falling through Tuesday. Upward of 100,000 people were evacuated to “safer areas” due to the rainfall, the Associated Press reported.

Global supply chains have already been significantly affected by the COVID-19 pandemic, and the heat wave has the potential to have a greater impact than the pandemic, according to Mirko Woitzik, a global director of intelligence solutions for Everstream Analytics.

Woitzik sounded the alarm in a recent interview with Fortune about the heat wave’s impact on both the global supply chain and the semiconductor industry.

“These shutdowns have the potential to be equally, if not more impactful, on supply chains than recent COVID lockdowns,” Woitzik said, adding later:

“In terms of semiconductor issues, they’ll probably be more confined, but then there’s a lot of other electric component producers, especially Taiwanese ones, that have settled down there [in Sichuan]. So, it’s really more the electronic components other than semiconductors that are key in Sichuan.”

Semiconductors are crucial not only for everyday use in finance, energy, and communications, but also in defense systems, and are essential to the U.S.’s national security, according to reporting from The Daily Signal.

Nick Loris, the vice president of public policy at the Conservative Coalition for Climate Solutions, spoke of the impact of the heat wave on large corporations, such as Tesla and Apple.

“We’ve seen a number of factories and businesses closing temporarily. I believe Tesla and Apple temporarily closed some of their manufacturing facilities in China. Given what we’ve seen with the causes of supply chain problems and kind of what happens when those are mucked up—we saw that previously as a result of COVID—this heat wave can either prolong some of those supply chain challenges or exacerbate them.”

Loris said the severity of the heat wave’s impact on the supply chain will be related to how long it lasts and when companies will be able to reopen.

“I don’t want to fearmonger, by any means, because I think ideally the heat wave will dissipate and the factories will reopen, and there won’t be that much change in the supply chains as a result of it,” Loris said.

“But we have seen some impact of the heat wave on China’s ability to produce the goods they normally produce,” he added.

As of Monday, some companies in Sichuan, including Foxconn, which is an Apple manufacturer, have reopened because of decreasing temperatures and rainfall that has helped with power generation, Agence France Presse reported.

“Reservoir water levels are gradually increasing, and the power supply capacity has improved,” the Sichuan government announced Monday, according to Breitbart.