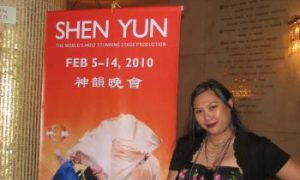 Off the books and often taking the form of bribes or kickbacks, what the Chinese call “gray income” represents an increasing percentage of total individual income—particularly in certain professions.

According to the results of a team working under Wang Xiaolu, the deputy director of China’s National Economic Research Institute, in 2008 undisclosed income in China amounted to 9.26 trillion yuan (approximately US$ 1.4 trillion), which is approximately 30 percent of China’s GDP in 2008.

About 5.4 trillion yuan (approximately US$810 billion) is estimated to be gray income earned by the high income sector. This number changes dramatically the calculation of income inequality in China.

Aside from state officials at different levels, teachers, physicians, travel guides and funeral service directors have been listed as the top four job categories with the highest gray income.

Teachers and physicians have traditionally been regarded as exemplary professions in Chinese society. In today’s mainland China, however, esteem for these professions is eroding, with the amount of gray income in these two professions drawing significant attention.

Ms. Jing is a former primary school teacher from northeastern China’s Fushun City, Shenyang Province. Due to her lengthy experience as a head teacher, she is all too familiar with gray income and the teaching profession in China.

She said that for school principals and school cadres, gray income amounts to a very large sum of money.

For example, when a student with sub-standard qualifications wants to be admitted to a school, the student’s parents usually have to pay a school principal anywhere from a few thousand to tens of thousands of yuan for a bribe (one thousand yuan is approximately US$150).

When teachers want to be chosen for teaching awards, it is customary to bribe the principal.

Teachers wanting to use school classrooms to give private instruction or people from other schools wanting to use classrooms for training sessions are also occasions to bribe the principal, as well as when cafeteria, snackshop, and printing contracts need to be decided upon.

For teachers, holding private instruction sessions is their main source of gray income. Ms. Jing pointed out that such private lessons are very lucrative. A day’s gray income could amount to 2,000 yuan (Approximately US$300). Income for private lessons in the summer session can range from tens of thousands of yuan to hundreds of thousands of yuan. In contrast, the normal teacher’s monthly salary is only 1,000 to 2,000 yuan (Approximately US$150-300).

Teachers frequently “recommend” that students choose private instruction, or buy extra textbooks, for which teachers may receive a kickback.

According to a report (Aug. 3, 2009) by China’s state-run People’s Daily, teachers in central China’s Hengyang City, Hunan Province, can also receive a kickback, when they recommend that a student enroll in a private school for advanced classes or special instruction. In an attempt to assuage widespread public resentment over the practice, the local municipal education department had to issue a warning notice, stating that such income from private lessons or kickback would be dealt with as a bribery offense.

Si Ming is a lecturer from a foreign language university in southern China’s Guangzhou City. He said that university lecturers often have some personal projects or a second teaching position at an external training institution. This is done for extra income outside of working hours, which he thinks is justified, since the lecturers work for the extra income.

Other kinds of income for University faculty may be less justifiable.

According to Mr. Si, Master or Ph.D mentors in China earn a large sum of “gray” or even so-called “dark” income. Aside from graduate students bribing advisors to graduate early, applying for grants is also a “gray” area.

Mentors apply for grants from various agencies in amounts totaling hundreds of thousands to millions of yuan (one hundred thousand yuan is approximately US$15,000, one million yuan approximately US$150,000). Once the grants are obtained, usually only students do the work on the projects.

In reality, not every advisor receives a grant. Success has a lot to do with reputation and how many projects have been completed by the advisor in the past. Some professors have become famous for applying for grants, becoming professionals at it, perhaps even subcontracting their grant projects to others, while personally receiving recognition for the work.