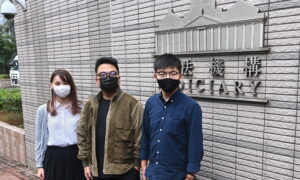 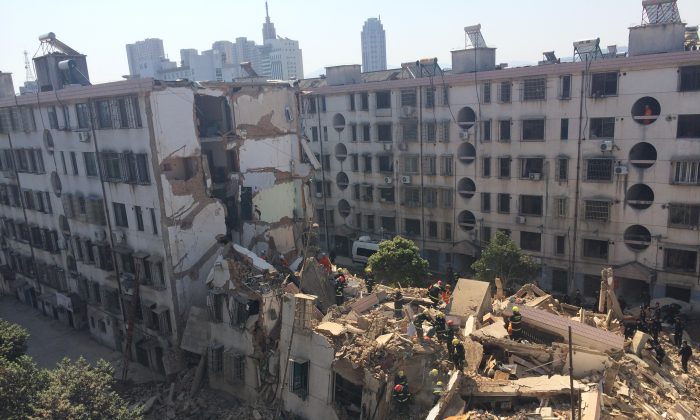 An apartment block that was built in the 1990s suddenly collapsed on April 4 in Zhejiang Province, on China’s coast, burying seven people, one of whom died. Residents of the building had complained about conditions for months: cracks were appearing on the ceilings, and plaster was falling off the walls.

“I saw the glass window suddenly break, and then the wall started to fall from the top corner little by little,” said Mr. He, a resident living in the building, in an interview with Guangdong Television. Then, the whole thing went down.

The tragedy has cast a harsh spotlight on the quality of construction in China, where real estate has traditionally been one of the chief engines of economic growth, and a large amount of personal wealth is invested in housing. China’s Ministry of Housing has admitted to the low quality of construction, where buildings can barely last for two or three decades.

“We can’t deny that after the reform and opening up, China has indeed built a batch of ‘fast food style houses’ in many places,” said Chen Xuwei, deputy secretary of the Hangzhou Institute of Civil Engineering and Architecture, in an interview with the state-run Xinhua.

The recent case in Zhejiang took place in the city of Fenghua. There were 15 households in the building that went down. Mrs. Mao, a resident, said she couldn’t open the doors and windows in her apartment because they were deformed.

Residents living in nearby buildings also complained about similar issues: huge cracks in walls, big enough to put a fist in.

Inspections performed on the building said it would have cost around 4.5 million yuan ($726,000) to fix. The local government and householders could not agree on who should bear that cost—and then it collapsed.

The Deputy Director of the Propaganda Department of Fenghua City, Xu Mengting, told the Legal Evening News that the local government couldn’t offer the total 4.5 million yuan, and was still negotiating with residents.

Fenghua police have arrested three suspects involved in the incident, though their identities have not been released. Chinese Internet users who are following the case wonder whether the suspects are scapegoats for the local authorities to avoid responsibility.

The number of buildings like this around China is unclear, and no government agency keeps statistics on the matter. But shoddily built buildings are just one more item on the list of problems in Chinese society, caused by a corrupt culture that promotes short term benefit over long-term quality. Anecdotal reports pepper the media with complaints of buildings falling over, while residents sometimes simply suffer through the cracked walls, deformed window frames, and leaky pipes.

The poor quality of constructions is shown up when disaster strikes. The magnitude-7.9 earthquake in Sichuan Province in 2008 caused nearly 70,000 known deaths, and 4.8 million homeless.

The majority of buildings that crumbled were schools and apartment buildings. Research jointly conducted by three Chinese universities showed that four times as many school buildings crashed to the ground as government offices. Chinese blamed corruption in the building process, as developers siphon off cash and skimp on adequate supplies and reinforcements.

Sloppy constructions as the result of corruption are a big problem in China. An anti-corruption taskforce report given at a National People’s Congress meeting last October showed that half of the officials sacked since 2000 were involved in bribery and embezzlement in real estate.

Many Chinese people also question whether the Construction Project Quality Supervision agency is doing its job.

“House quality supervision and inspection is a mere formality. The buildings are all qualified as long as the bribes are good enough,” said the Internet user Diguo Liangmin, expressing a common sentiment held among Chinese. “Where does the bribe money come from? It’s saved from shoddy work and bad material.”

Over the last decade China’s property prices have boomed, and many economists have for years said that the real estate market is in dangerous bubble territory. It’s common for two or three generations of Chinese in a family to pool their money to afford one apartment.

Faced with these costs, plus the chance of getting a poor quality house that won’t last 30 years, Internet users commenting on stories about the matter wrote comments like this on the popular Tianya electronic bulletin board: “If I had the money, I’d go to the U.S.” and “This is too much to handle.”