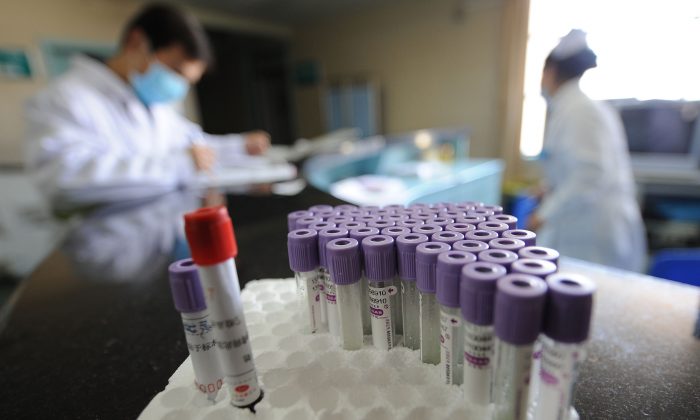 The Chinese Communist Party’s (CCP) centralized purchasing and marketing policy is seen as forcing drug companies to trade price for sales, while patients say that they are not benefiting from it.

Under the policy, once a drug is selected for centralized procurement, not only will its official purchase quantity be guaranteed, it may also save a lot on marketing costs. However, to gain these benefits, manufacturers need to keep the price as low as possible.

Drug sales through China’s public hospitals account for more than 60 percent of the total. If the drug fails to win the bid, it not only loses the mainstream market and needs to open its own sales channels, but will also be affected in terms of price in the mainstream market.

China’s sixth centralized procurement of diabetes special drugs (insulin) was fully implemented on July 22, and the seventh national centralized drug procurement completed the proposed selection list on July 12, waiting for the market share allocated according to the price ranking.

Among the 60 drugs selected on July 12, only 6 are imported, only 4 are originator drugs, including Pfizer’s Tigecycline, with an average price cut of 67 percent, much more than the total average reduction of 48 percent.

Nearly 100 imported originator drugs have failed to win the bidding in all centralized procurements since 2018.

Before the specialized centralized procurement of insulin in November 2021, foreign insulin still dominated the Chinese market, with imported products accounting for about 70 percent of the total.

According to data from Chinese public hospitals in the first quarter of 2021, Novo Nordisk, Sanofi, and Eli Lilly had a combined market share of nearly 80 percent. Especially in the field of third-generation insulin, the most advanced, these three enterprises accounted for up to 90 percent of the market share in sample hospitals.

However, in this specialized procurement of insulin, 15 originator drugs from 3 foreign pharmaceutical companies were selected, accounting for only 36 percent. Most of them belonged to the lowest class C. Not only was the procurement volume halved, but also 30 percent of the volume had to be allocated elsewhere.

The fierce price cuts by China’s local generic drug companies have reduced the price of third-generation insulins, where some originators are dominant, to the lowest in the world. Among them, the two third-generation insulins of Gan & Lee Pharmaceuticals, the leading insulin drug manufacturer in China, won the bidding at the lowest price, with a decrease of 66.6 percent and 68.1 percent, respectively.

Denmark’s Novo Nordisk, which received the largest number of bids (seven) among multinational pharmaceutical companies, was cautious in price reduction. Six of its products were classified as class C in six procurement groups, only to ensure that it would not be excluded from the mainstream market.

Eli Lilly and Company from the United States only concentrated on the two third-generation insulins. It won the bidding with the largest 74.7 percent and 68.2 percent reduction in the centralized procurement respectively.

China is the world’s largest diabetic country, with an estimated 141 million people with diabetes as of November 2021. The prevalence of diabetes in Chinese adults has increased to 11.2 percent.

Sales of insulin and analogues in China’s public medical institutions were about 27 billion yuan (about $4 billion) in 2020.

However, China has the lowest rates of diabetes awareness and treatment, according to the data of Guosheng Securities. Although China has more diabetics than the United States, its per capita medical spending is only one-tenth that of the United States.

Due to the high research and development costs of originator drugs, their prices are generally much higher than generic drugs. Take insulin for example, the originator drug can cost up to 30 yuan (about $4.5) more than a generic version of the drug. If the originator drug maker wants to win the bid in centralized procurement, it must make a much larger price cut.

Moreover, there are additional pricing and quantity requirements in the centralized procurement that force drug companies to gain the market at the expense of price.

The CCP authorities claim that local generics have benefited the public by slashing prices to accelerate their entry into China’s mainstream market.

However, some Chinese people would disagree.

The impact of the centralized procurement only applies to hospitals, while common people fail to get the benefit, Mr. Zhang from Shenzhen city said. According to Zhang, the price of the medication may be low, but the cost of a hospital visit has soared, costing at least several hundred yuan each time.

“In China, social status is the key to being able to afford health care and medicine,” Zhang told The Epoch Times, citing the experience of a friend with diabetes. “His earlier use of imported drugs, which cost more than 140,000 yuan (about $21,000), was reimbursed 90 percent by his company, but for most people in China, health insurance doesn’t reimburse much,” he said.

Wang Yan from Jilin city said that her husband, who is a civil servant and receives 4,000 yuan (about $593) a year from health insurance, has cut his normal dose of insulin in half so he doesn’t have to pay for it himself.

“His blood sugar is not well controlled,” Wang told The Epoch Times.

Huxiu, a Chinese website, quoted Shen Longhai, deputy director of the Liaoning Baoshihua Hospital’s oncology center, as saying that many Chinese patients “still choose the more expensive originator drugs as long as they have the financial means to do so.”

The report also covered a number of complaints from patients about generic drugs, saying that they have more side effects and are less effective than imported drugs. According to a Chinese industry insider, generic drugs only copy the main ingredients of originator drugs, while there are often differences in formulations, resulting in differences in actual efficacy and side effects.