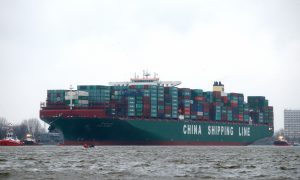 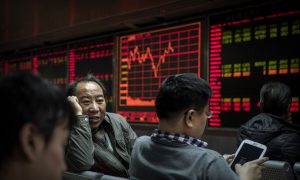 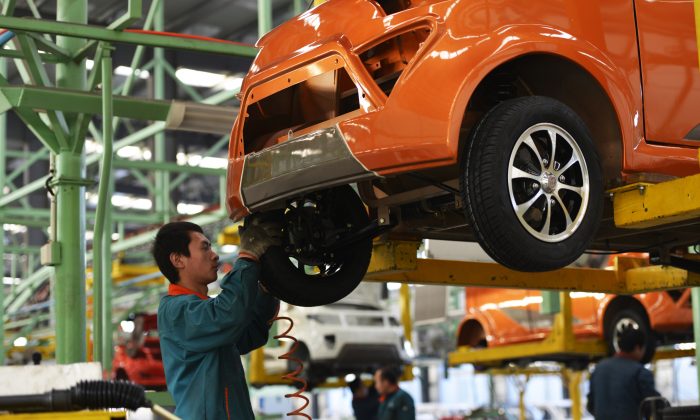 This trend is most evident in China’s domestic automobile production sector. The automotive sector was a showcase for China’s economy, driving job growth and meeting the insatiable demand for cars from the middle class. But today it has become a poster child for manufacturing sector malaise.

China is the world’s biggest auto market by volume, but the market was already facing headwinds earlier this year. Gross auto sales for the first half of 2015 grew at the slowest pace in more than six years.

Then came the July stock market crash, which dented the net worths of many middle class Chinese, the chief target market for domestic Chinese automakers.

In July, the China Association of Automobile Manufacturers was forced to slash its forecast of 2015 vehicle sales growth by more than half, from 7 percent to a mere 3 percent.

The car sales slump created excess inventory at dealerships, which forced factories and assembly plants to cut back.

“I was given more than 20 days off between July and August for the first time ever,” a worker at a plant in Chengdu, Sichuan Province, told Nikkei. The factory the worker spoke from is jointly operated by German automaker Volkswagen and China’s FAW Group. FAW-VW is also canceling staff bonuses and cutting shift hours at its major plant near Changchun in northeastern China, sources told Reuters last month.

In early October, both the official China and the Caixin/Markit purchasing managers index (PMI) came below the critical threshold of 50, meaning the manufacturing sector is fully entrenched in month-over-month contraction.

Recently, leading aluminum producer Alcoa Inc. made one of the most bearish calls on Chinese auto production, revising its forecast downward by more than fourfold.

On its third quarter earnings call, Alcoa CEO Klaus Kleinfeld cut its estimate for China’s 2015 automotive production growth to 1 to 2 percent, down from the 5 to 8 percent previous forecast. For heavy-duty trucks and trailers, Alcoa sees a decline of 22 to 24 percent, down from a more manageable 14 to 16 percent decline previously thought.

Alcoa is typically viewed as a manufacturing bellwether, and as one of the first major companies to announce earnings each quarter, it offers special insight into the sector due to aluminum being a major raw material for manufacturing and construction.

On Sept. 12, industry forecaster IHS Automotive reduced its full-year sales figures for the Chinese automotive market to 23.4 million vehicles, or a growth of 1.4 percent for 2015, down from 4.4 percent growth it previously forecasted. IHS also forecasts that capacity utilization at plants to fall to 65 percent from 70 percent in 2014 (70 percent is generally believed to be a break-even point).

In a bid to reverse the trend, Beijing recently announced a tax cut on purchases of small cars to boost sales. The 10 percent purchase tax would be cut to 5 percent for cars with displacement of 1.6 liters or smaller. Presently, such vehicles make up the majority of car sales in China’s domestic market.

The last time China cut car sales tax to boost demand was in 2009, when the country was mired in a global financial crisis.