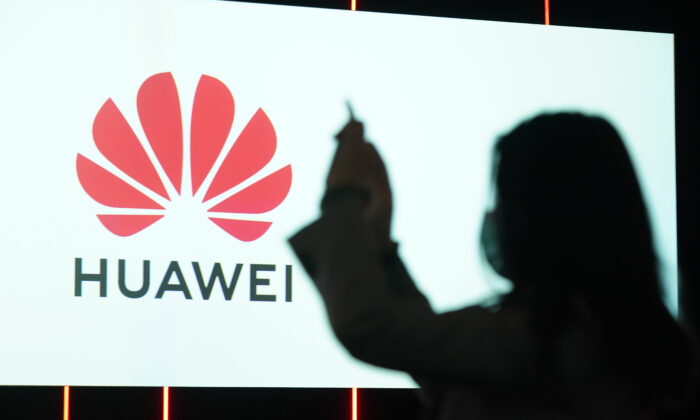 Wireless networks around the world that control critical functions in factory production and military communications could be jeopardized by the Chinese Communist Party (CCP), according to Jon Pelson.

Pelson is the author of “Wireless Wars: China’s Dangerous Domination of 5G and How We’re Fighting Back,” who warned of the security risks posed by telecom companies with ties to the Chinese regime.

“If a company that answers to the CCP provided your 5G equipment, you have handed them the keys to the kingdom—you are at their mercy,” Pelson told The Epoch Times.

The risk is amplified given the transformational role of 5G technology. “5G has been designed to affect everything in life unlike any prior generations,” Pelson said.

Not only is 5G faster than previous generations of wireless technology, but it can also handle larger volumes of activity in a near-instantaneous fashion. “It has an effect on the way factories automate, the way self-driving cars are controlled, the way traffic and even crime are monitored in cities, and much more,” he said.

“5G will be the technology that controls all other infrastructure; including power distribution, air travel, financial services, health care delivery, and more.”

Chinese telecom giant Huawei has played a significant role in the advancement of 5G networks around the world, and Pelson fears they’ve infiltrated some of the most secure installations in the United States.

Huawei has effectively been excluded from the U.S. market since 2012, when a congressional report sounded the alarm that the company’s products could pose a security risk, citing Huawei’s ties with the CCP. The Federal Communications Commission (FCC) has also designated Huawei and several other Chinese telecom firms as threats to national security. The firm has also been put on a trade blacklist.

In justifying these measures, U.S. officials have consistently pointed to the company’s links with Beijing, as well as Chinese laws that compel firms to work with intelligence agencies when asked.

But Pelson notes that Huawei’s equipment is still being used in rural areas across the country, where small carriers have been attracted to Huawei’s low-cost products. The Rural Wireless Association, a trade group representing 55 small wireless carriers, in 2018 estimated that 25 percent of its member companies use equipment from Huawei or ZTE, another Chinese telecom firm.

Pelson pointed to a 2019 statement by FCC Commissioner Jessica Rosenworcel, now chairwoman, who highlighted concerns about Huawei gear being used in cell phone towers outside the Malstrom nuclear missile base in Montana.

“Communications equipment that hangs on these towers is from Huawei, and we have good reason to believe it is susceptible to undue foreign influence and control,” Rosenworcel said.

“This is just one military base in Montana. But there are others like it. Just as there are all kinds of essential infrastructure across our rural communities, and in many cases, nestled nearby are wireless networks with insecure foreign equipment.”

While conducting research for his book, Pelson independently verified that many of these rural locations are still actively using Huawei. “These are the little, regional, rural deployments that [most wireless network providers] do not want to chase because there’s no money to be had in them,” he said, adding that “Huawei practically gave the gear away in these areas—and that’s not a coincidence.”

But the FCC is taking action to address the concerns. In September, it announced the start date for a $1.9 billion program to pay U.S. carriers to “rip and replace” gear manufactured by Huawei, ZTE, and other firms designated as national security risks. The filing window opens on Oct. 29 and ends on Jan. 14, 2022.

John Lenkart, a retired senior executive at the FBI who was once responsible for the counterintelligence threats posed by Chinese telecom companies, said there’s still much to be done in removing Huawei gear from around the country. “Chinese equipment manufacturers remain a threat and the presence of their equipment still gives them the ability to degrade, divert, or covertly mirror signals and data of their users,” he told The Epoch Times.

In these distant locations served by Huawei, the company is able to gather users’ metadata, according to Pelson. Metadata does not include the content of a phone call or an email itself, but it encompasses all the other information associated with the communication—all of which is valuable for intelligence gathering purposes, he said.

Metadata “will tell you who is talking to whom, what websites are being connected to, who is near you or meeting with you, regardless of whether your phone is in use or not,” he said.

It can also determine the time and frequency of communications between people, which can help build a profile of a person and also identify areas for potential blackmail.

“It can tell you that someone from the CIA has traveled to a location and then to the Justice Department’s division that investigates espionage,” he raised as another example.

And if nothing else, Pelson said the metadata can pick up “chatter,” or higher volumes of communication between people. “Essentially, [the Chinese regime] knows when and where something is happening in the U.S. if they are the ones providing the connectivity through Huawei.”

Lenkart is equally concerned, saying that “the big picture is the [CCP’s] ability to deep dive into the data and divert it to a centralized authority to have some sort of omniscient understanding of everything that’s going on [within their network].”

Outside of the United States, Huawei is continuing to flex its muscles around the world, attempting to dominate the 5G market, Pelson said.

“From out of nowhere, Huawei surged from a local vendor to a $120 billion-a-year behemoth in just a few years,” he said.

With the help of tens of billions of dollars in state support, the firm has been able to aggressively undercut its competitors.

“Huawei’s prices are a fraction of their competitors, even though they all make the gear in China,” he said, “They made themselves very cheap, offered a product line, and went for every single market.”

The sizeable financial support from the CCP has allowed the firm to “price below their own costs for years and still have money to spend on research and development and other expenses, while still claiming a profit,” the author said.

According to Pelson, there is no strategic benefit to being reliant on technology from the CCP—a regime that cannot be trusted. Yet Huawei has positioned itself to keep users dependent on its services. “Huawei keeps the upper hand when it supplies the gear for 5G networks, because they can withhold parts or service at any given time,” Pelson said.

He warned against becoming reliant on Chinese-managed wireless control networks. “When you employ Huawei equipment in your cellular network, they have to upgrade it, maintain it, patch it.”

“Consider a factory or a port connected by Huawei—whether in the United States, Europe, Africa, or Asia, [or elsewhere]—the entity would have to rely on China’s goodwill to truly keep the place up and running.”

Although Huawei’s influence worldwide appears to be dwindling, the threat from the CCP cannot be discounted, as the regime is not expected to lose its motivation to exert control around the globe, according to Lenkart.

“It is important to look at the totality of the mosaic and that the CCP has the ability and strategic intent to dominate world telecommunications markets,” Lenkart said. “By dominating 5G technology, the CCP can monitor threats [to the regime] here and abroad.”

He offered a solution, stating that it starts with “a far more robust government auditing and compliance mechanism.” He said the FCC, in particular, must exercise its ability to mandate compliance, enforce fines, and deny to any entity that violates their national security standards of operating within the United States.

The FCC has to use its authority to the fullest extent for national security purposes, according to Lenkart. “Only then will we start to go down the road to winning,” he said.

In response to a request for comment by The Epoch Times, the FCC pointed to its recent actions to protect national security in the communications supply chain.

Huawei did not return an inquiry from The Epoch Times.