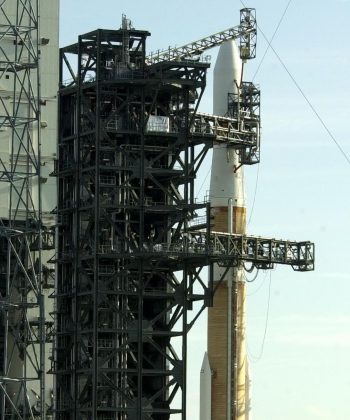 French-based satellite operator, Eutelsat turned off its W5 satellite signal for New Tang Dynasty Television's (NTDTV) broadcasting into communist China on June 16, claiming an anomaly in the power subsystem occurred. Eutelsat has provided no further explanation to NTDTV and the signal has remained off since then.

NTDTV is an independent, not-for-profit television station headquartered in New York. The station has encountered alleged interference from the Chinese regime in the past due to the station's uncensored coverage of human rights abuses and state corruption in China.

Its spokesperson Kelly Hong said, "NTDTV has tried its best to communicate with Eutelsat. According to insiders, we are certain that Eutelsat absolutely has the capability to immediately resume NTDTV's signal over Asia. However, the signal remains off due to the Chinese communist regime's pressure."

What is really going on?

In the past, Eutelsat unsuccessfully attempted to enter the Chinese market. Not until Eutelsat signed a one-year contract with NTDTV in March 2004, were they finally able to crack open the door. They set up their office in Beijing in 2004.

On May 26, 2004, Eutelsat notified NTDTV that they were under pressure from the regime-controlled China Satcom to terminate satellite service to NTDTV.

Under pressure from international communities, Eutelast continued its contract with NTDTV through the following year. However, the regime has never ceased trying to influence Eutelsat to drop NTDTV.

On March 22, 2006, Eutelsat's long-term partner, the Russian Satellite Communications Company (RSCC) on its company website reported that they had reached a broadcasting agreement with China Netcom Corporation (CNC) for the Beijing Olympic Games.

June 2006, Eutelsat's chief representative in Beijing, Eugenio Candi, made it clear that Eutelsat would broadcast the Beijing Olympic Games.

Eutelsat's CEO, Guiliano Beretta, confirmed during an interview with China Daily in September 2006 that Eutelsat and CNC had signed a collaborative agreement for broadcasting the Beijing Olympic Games.

Here is where gets really interesting

According to an April 28, 2008 Wall Street Journal report, Eutelsat purchased precedent-setting insurance enabling the company to use Chinese rockets for future launches. The rocket could launch as many as nine satellites simultaneously. The first satellite is expected to be launched by China around 2010.With the Chinese rocket, the cost of each satellite launch is approximately half of the cost of a U.S. or European launch. The estimated cost of the contract is US$ 450 million to launch nine satellites.

However, it is also reported that a spokesperson for Eutelsat Communications Group SA indicated three days earlier that the rocket launch contract was still pending due to an unpublicized provision. Details of the provision remain under wraps. Could it be a coincidence that the only available uncensored satellite signal over China, that of NTDTV, was cut off the airwaves? NTDTV was broadcasting 24 hours a day via Eutelsat, and was suddenly and indefinitely shut off seven weeks later with the excuse of a technical failure.

Following the shut down of NTDTV's signal, Eutelsat published a brief press release on its website, stating that the source of the anomaly experienced by the W5 satellite "is currently under investigation in collaboration with the satellite's manufacturer, Thales Alenia Space."

Eutelsat claimed that such a serious failure of a satellite only five years in service is very rare. Normally, a failure such as this is a blow to the satellite manufacturing company. Thales Alenia Space should have adopted serious measures to repair and restore the negative impact. However, they have not appeared to react to it or worry about their reputation.

Why? Let's Examine the Facts

Two months earlier, Eutelsat had appointed Thales Alenia Space to manufacture the W3B satellite, expected to be launched in 2010 by a Chinese rocket.

The Alcatel-Lucent company, Thales Alenia Space's shareholder and partner, officially announced that they signed a US$ 1 billion contract with China Mobile, which is under control of the regime, on June 16, 2008, the same day NTDTV's signal was cut off.

So, what result will the cooperation between Eutelsat and Thales bring? Can they find out why the W5 satellite is out of order? After all, in theory, the breakdown only affects NTDTV and numerous common people in China. But for Eutelsat and Thales, it means enormous sums of U.S. dollars and euros.

We have only presented published information. As for the inside story, we don't know yet. How many times has the CCP unscrupulously manipulated so called 'partners' for its own desires and the consolidation of its power? And how many people in Western society follow along for their own self-interest?

Can a simple technical failure explain the NTDTV incident? The CCP bribes large Western companies to block information for its own interests, undermining free and fair competition and undermining the environment of transparency, impartiality, fairness, and integrity.

Social values cannot be built up overnight, but evil power guided by the CCP, packaged with economic benefits, can destroy them in a few years or even a few months.

So here, I appeal to all people with conscience to take action to support NTDTV for the right to broadcast freely into China, that the Chinese people will have the right to obtain uncensored information freely, and that the values of Western democracy and freedom will not be corrupted.