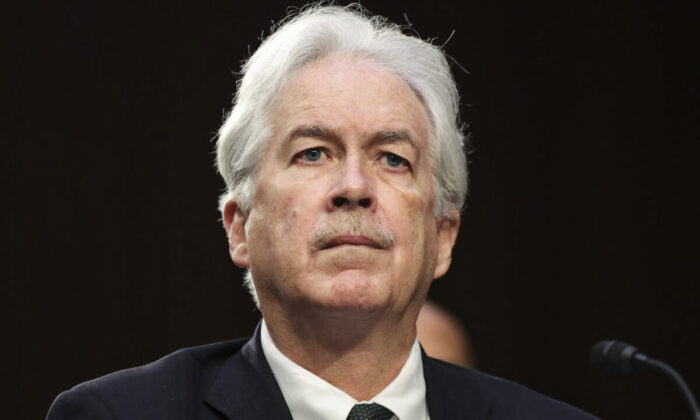 China is “weighing carefully” the resistance of the Ukrainians and the economic costs incurred by Russia as a result of its invasion of Ukraine while keeping an eye on Taiwan, CIA Director William Burns says.

During an interview with the Financial Times published on May 7, Burns speculated that the Chinese leadership was struck by the ways in which Ukrainians have resisted Russian aggression through “a whole society” effort.

Burns believes Beijing has closely monitored the Russia–Ukraine war to analyze the costs and consequences of using force to gain control over Taiwan, the self-ruled island that China claims as part of its territory.

“I don’t for a minute think that it’s eroded [Chinese leader Xi Jinping’s] determination over time to gain control over Taiwan. But I think it’s something that’s affecting their calculation about how and when they go about doing that,” he said.

China has refrained from condemning Russia for its invasion of Ukraine, citing Russia’s “legitimate concerns on security issues” as justification. The two nations declared a “no limits” partnership on the opening day of the Beijing Winter Olympics on Feb. 4.

Russia recognizes Taiwan as “an inalienable part of China” and rejects the island’s independence “in any form,” while Beijing backed Russia’s opposition to the enlargement of NATO, according to their joint statement.

However, Burns said Xi is “unsettled” by the reputational damage of being associated with the “brutishness” of the Russian leadership and the fact that the war has led to stronger cooperation between the United States and Europe.

He added that Xi is also troubled by the economic uncertainties posed by the Russia–Ukraine war.

“I think what the bitter experience in many ways of [Russian President Vladimir Putin’s] Russia in Ukraine over the last 10 or 11 weeks has done is demonstrate that that friendship actually does have some limits,” Burns noted.

Tensions between self-ruled Taiwan and Beijing have been escalating, with China making its recent largest incursion into Taiwan’s air defense zone on May 6 with fighter jets and bombers.

This is Beijing’s second-largest incursion into Taiwan’s aerial territory. The Chinese military sent 39 warplanes into the island’s ADIZ on Jan. 23, including fighter jets and a bomber.