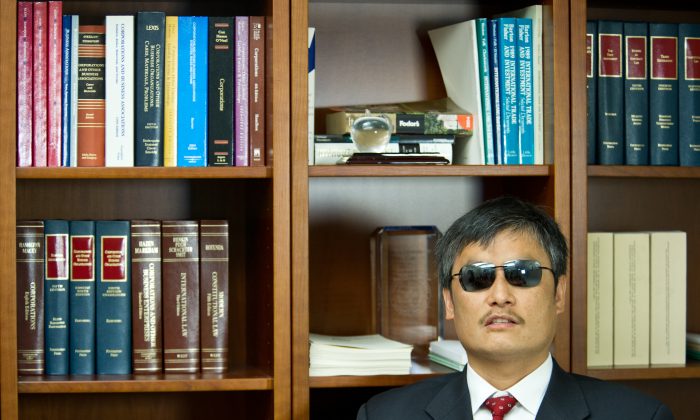 Ok, so sometimes anniversaries in China aren’t exactly cause for celebration. In fact, some anniversaries can’t even be called anniversaries—that’s why they’re known as “sensitive dates.”

Now, I don’t want to surprise anyone, but China, has no rule of law. I mean, sure they have courts, police, lawyers, all kinds of law-ish type things, but the law can be trumped at any time by any and all decisions made by the Chinese Communist Party.

For instance, did you know according to the Chinese Constitution, Chinese people “enjoy the freedom of speech, of the press, of assembly?” Just ask Tank Man how well that works.

So 15 years ago, China got its very own scary, Gestapo-like force, called the 610 Office, named after the day it was created, June 10. Clever.

The 610 Office is an extralegal organization, and by extralegal I mean illegal, but that would just be according to that constitution or whatever. It operates at every level of Chinese society, but is more powerful than local authorities.

According to a report to the European Parliament, there are thousands of branches of the 610 Office throughout China at provincial, district, municipal, and neighborhood levels, and they answer directly to the Communist Party’s Central Committee. That’s right, this is a Communist Party organization, not a government organization. And yet it totally owns the government. It does fun things like, carry out extrajudicial sentencing, “re-education,” torture, and kill folks who aren’t really guilty of any crime. There’s a reason why it doen’t go through the courts.

Chinese human rights lawyer Gao Zhisheng (current whereabouts: a remote prison in Xinjiang Province) had his own dealings with the 610 Office. In his book, “A China More Just,” he wrote, “The immoral act that has shaken my soul most is the 610 Office and policeman’s regular practice of assaulting women’s genitals. Of those persecuted, almost every woman’s genitals and breasts and every man’s private parts have been sexually assaulted in a most vulgar fashion.”

Not to worry though. It’s not like the 610 Office just arbitrarily targets anyone in China. It only arbitrarily targets Falun Gong practitioners. And they’re just a dangerous “heretical religion.” At least that’s what the Communist Party says. Just like how it said those students in 1989 were counterrevolutionaries and criminal elements. And according to official figures, only 1 in 12 people were practicing Falun Gong in China, so it’s not like the 610 Office is targeting a huge segment of Chinese society.

Although the 610 Office was set up for the express purpose of targeting Falun Gong, then Party leader Jiang Zemin used that as a pretext, an excuse, to create this super-powerful extralegal entity that operated at every level of Chinese society, and answered only to him, or someone appointed by him. Maybe, you can imagine a political advantage to being the founder and head of your very own personal secret police.

And so it might surprise you to find out, that over the years, the organization grew more powerful and *gasp* did not just stop at the 1 in 12 Chinese citizens practicing Falun Gong. In 2003, the 610 Office changed its official name from the “Central Leading Group for Dealing with Falun Gong,” to the “Central Leading Group on Dealing with Heretical Religions,” and also began targeting other “heretical religions.” Like Buddhism and Christianity.

And apparently, according to the Economist that also included people like Chen Guangcheng. You might know him as the blind human rights activist who opposed the government forcing people to have abortions and sterilizations. Good thing the 610 Office was there to protect the people from such a crazy extremist.

The New York Times China Blog Sinosphere just recently wrote about three Chinese lawyers who tried to draw attention to a black jail run by the 610 Office. They were tortured for their troubles.

But hey, you know, so what? If I were your average Chinese citizen, I wouldn’t be worried. Just because they first came for Falun Gong, then the Buddhists and the Christians, then the lawyers, doesn’t mean they’ll come for me, right?

So happy birthday 610 Office! Hopefully you won’t make it to your 16th. But, since 15 is a big one, how about we have a little fun. Make your own birthday card to the 610 Office, and send it to me on the China Uncensored Facebook page.

I’ll create my very own Weibo page and post the winners there, and we’ll see how long it takes before I get banned on Weibo.

Deadline is Tuesday, June 24. Just remember, this is the Internet, so keep the cards in good taste. Let’s make this a birthday the 610 Office never forgets.