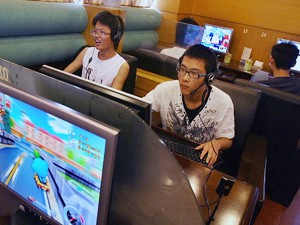 Internet censorship is not new in communist China but, because of the technical difficulties presented by complete censorship, the regime has never been able to successfully regulate the Bulletin Board System (BBS). According to a recent article circulated on the BBS in mainland China, new measures are being devised to “take care” of the “BBS problem.”

The leaked article, titled “BBS in China is Facing a Bloody Slaughter,” states that the information came from a teleconference attended by officials of the BBS Special Project at Guangdong Communications Administration.

Since July 24 the article has spread quickly and widely over the internet. With such detailed content most internet surfers believe the information to be reliable.

The article said that new BBS restrictions will be implemented nationwide in China, and will start in Guangdong Province, as it has the most websites and surfers in China. All unregistered internet forums will be shut down after October 1.

The article also revealed some of the specific requirements include an independent server, and only one BBS site per server. Also, the owner of the BBS site will be required to provide personal and contact information so that he can be reached 24/7, and all participants will have to use their real names. BBS websites will have to ask users to register in advance, and to provide such personal information as name, telephone number, and ID number.

In the posting system, BBS websites will have to display the number of business licenses, or the registration number in a prominent position on the forum, chat room, and response pages. When surfers post a message, the website has to show the regulation page first.

BBS systems will be required to examine all articles before posting them. All information must be automatically filtered wither by software or by people, and should not be published without first being examined and censored. In addition, BBS websites will have to keep a strict record of all articles posted, including content, publishing time, and IP addresses of the people who post messages.

Radio Free Asia interviewed Zhang Zhengjun, an influential manager of the private website Information and Resources for Web Owners in China. Zhang thinks that if the new regulation is fully carried out, many personal websites will disappear because of lack of funding. For example, the page owner system requires every BBS column to have at least one full-time page owner. It needs a certain degree of financial support.

Zhang Wei, manager of Ichat in Shenzhen, believes that the new regulation is not realistic. He said “Many policies such as IP filing system have not been fully implemented yet. For instance, using real names for cell phones has been required in China for a long time but has not been achieved. Some policies can be applied in big or formal websites, but it's unlikely to happen in smaller websites.”

Last October the China Internet Association said that the Ministry of Information required internet users to register their real names when establishing a blog. Internet users immediately opposed the move because registering ones real name limits free speech and violates the user's privacy. Some internet surfers protested, “The only place we have freedom of speech is going to be eliminated.” Some users said that if they were forced to register with their real names, they would not contribute to blogs any more.

Owing to the strong opposition of the internet providers and blog owners, the CCP stopped the registry system in May 2007.

China Internet Network Information Center (CNNIC) published “The 20th Report on the Development and Condition of China's Internet Network” on July 18, 2007. The report said that China is second only to the USA in number of internet users, with 162 million (as of June 30, 2007) and 211 million respectively. The number of internet users in China has increased by 25 million since the end of 2006.