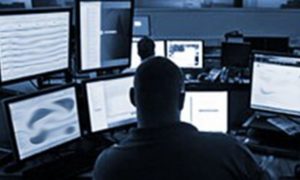 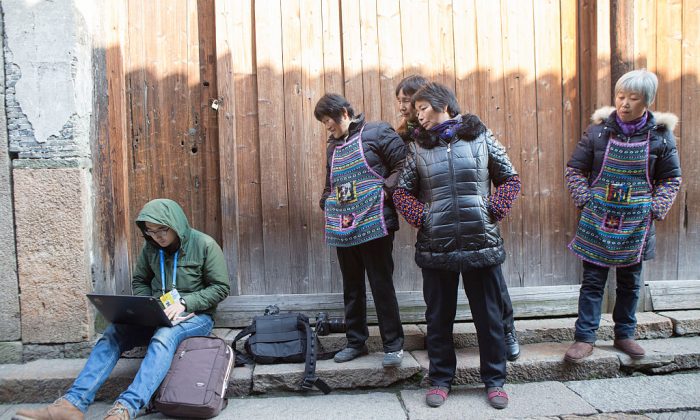 There has been a large outcry against Twitter’s appointment of its first China managing director, Kathy Chen, on April 15, and several major news outlets have noted her controversial background which has sparked concern among Chinese users.

With her new position at Twitter, Chen is expected to help get Chinese advertisers for the microblogging platform. It’s also not a far-shot to say Twitter is hoping that Chen can be a first step to getting its service un-banned in Mainland China.

There are a few problems with Chen, however, with some relating to her background, and others related to her rumored underlying goals.

Chen used to serve in a sensitive branch of the Chinese regime’s People’s Liberation Army (PLA), and has ties to the digital operations of the Ministry of Public Security.

According to several sources, including Voice of America, Chen served as an engineer in the PLA’s Second Artillery Corps, which controls the Chinese regime’s ballistic missiles. She later worked as an engineer in its Nov. 1 Research Academy as a “programmer on the top-secret missile protocol design.”

Chen then moved to a joint venture between CA Technologies and the Ministry of Public Security, serving as CEO of CA-Jinchen, which made network security and anti-virus software for Chinese government agencies.

As Voice of America notes, however, the phrases “network security” and “anti-virus” are loaded terms under the Chinese regime. The op-ed from Chinese author and economist He Qinglian says anyone familiar with Chinese politics knows these systems are used in China for censorship and control of the Internet.

With this in mind, it’s understandable that some Chinese citizens—and especially many Chinese dissidents—are concerned about what Chen’s role could bring to Twitter.

The first goal is to tell the “China story.” The second is to “help large and medium-sized Chinese companies tell the story of their brands.” The third is to “communicate and exchange” in technology and advertising with Chinese mobile and Internet companies.

“All this may sound innocuous to untrained ears, but it’s alarming to mainland Chinese Twitter users and seasoned China watchers,” Chen states.

The Chinese regime has often pushed the idea of “telling the China story,” and uses the phrase as an order for its state-run news outlets. She states that CCTV has “responded with the notorious slogan: ‘The Party’s media bears the surname of the Party!'”

What telling the “China story” really means is telling the “CCP’s story.” It refers to the environment of extreme censorship, the promotion of the CCP’s altered versions of Chinese history, and its excuses for human rights abuse and totalitarian rule.

Chen notes that “while direct Twitter censorship is unlikely,” Chinese people who use Twitter either abroad or with circumvention tools are “concerned that the hiring of Chen Kui could be the beginning of Twitter’s cooperation” with the CCP’s public security systems, with the CCP-hired propagandists increasing their work on the platform.

It didn’t help that one of Chen’s first tweets, sent to China’s state-run CCTV News and Twitter CEO Jack Dorsey, states “let’s work together to tell great China story to the world!”

@cctvnews @jack let’s work together to tell great China story to the world!

On another level, Twitter is likely playing the same game as Facebook—making some moves to try to swoon CCP elites.

When Facebook, which is also banned in China, announced in May 2014 it was considering opening an office in China, it was widely reported that its interest was both to get advertisers and an attempt to get its service unblocked.

Facebook CEO Mark Zuckerberg is still trying to get into the Chinese market, with cringeworthy episodes including his recent jog through Beijing smog, and his meeting with China’s propaganda chief with a copy of Xi Jinping’s book sitting prominently on his desk.

The goal of Twitter and Facebook in China is likely something that resembles the deal that LinkedIn was given in 2014. Epoch Times reported that after it was allowed to open its services in China, LinkedIn began censoring users on behalf of the CCP.

LinkedIn confessed in June 2014 that it blocked information in China that users were posting about the Tiananmen Square massacre. Epoch Times also learned that LinkedIn was also censoring posts related to the CCP’s human rights abuses against Falun Gong practitioners.

Twitter’s stock has been steadily declining for years, falling from 69 points on January 3, 2014, to their current 17.26 points.

Despite having the least free Internet in the world, according to independent watchdog organization Freedom House, China holds close to 20 percent of the world’s Internet users.

Twitter is likely playing a familiar game. It’s no secret that for a tech company to get into China, it first needs to demonstrate it’s willingness to follow orders from the CCP—particularly when it comes to being willing to actively censor information shown in China, and in only portraying the CCP in a positive light.