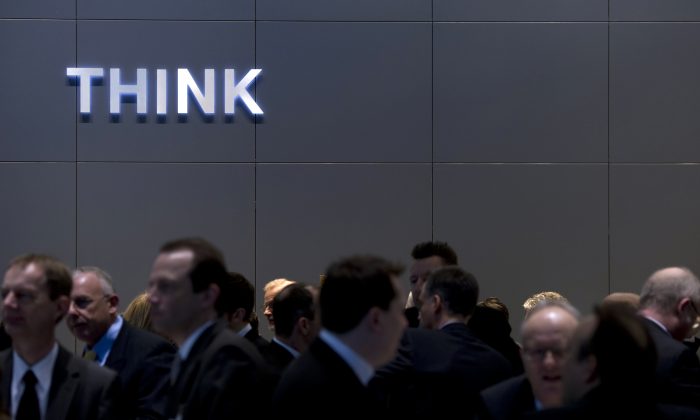 If you were wondering how the Chinese regime was going to keep stealing intellectual property from U.S. businesses with the new cyber regulations, fear not. Some U.S. businesses are just handing it over directly—no cyberattacks needed.

This ties to the Chinese Communist Party’s new “National Security” law, which was passed in July. The Orwellian law covers nearly every facet of Chinese society, and part of it is aimed at foreign companies. It says all information systems in China needs to be “secure and controllable.”

Under the new rule, every company operating in China is required to give Chinese authorities their source code and encryption keys, and backdoor access to their computer networks in China.

In other words, businesses will now be simply handing Chinese agents the lifeblood of their products, while also giving them a free pass to spy on their networks. Information that Chinese agents once had to steal through cyberattacks will now, it seems, be handed over willingly.

IBM just became the first major U.S. tech company to agree to these new rules. The news came from two unnamed sources briefed on the practice, who were interviewed by The Wall Street Journal.

Here’s how it allegedly went down: agents with the Chinese regime’s Ministry of Industry and Information Technology were invited into a secure room, where IBM allowed them to look at some of their source code.

This whole incident brings to mind a scene out of the 1964 film, “Dr. Strangelove.” It’s almost as if the fictitious General Buck Turgidson (played by George C. Scott) is sending a direct warning to IBM when he blurts out, “They’ll see the big board!” before the Soviet ambassador is invited into the Pentagon War Room.

Of course, IBM has been no stranger to shortsighted deals with the Chinese Communist Party as of late.

In April, IBM began handing off its technical know-how to Chinese companies that have clearly stated their objectives to replace IBM’s markets in China.

It started passing information on how to build its high-end servers, and the software that runs the servers, to the Beijing-based Teamsun.

“Calling a movement in China to replace crucial high-end technology from IBM, Oracle and EMC an ‘opportunity,’ Mr. Huang said Teamsun’s strategy to ‘absorb and then innovate’ would enable it to eliminate the capability gap between Chinese and American companies and create products that could replace those sold by companies in the United States.”

It adds that “Language about replacing IBM, Oracle and EMC was removed from the site after Teamsun and IBM were contacted for this article.”

It wasn’t the first time, either. IBM set the U.S. Navy scrambling to find new servers for its critical systems, after IBM sold its x86 server division to Chinese computer company Lenovo.

The $2.1 billion sale in October included the x86 BladeCenter HT servers used in some critical Navy systems, including its Aegis Combat System, which controls its ballistic missile and air-defense systems.

When a business with products used in critical business, government, and military networks reveals its code to an authoritarian regime, it’s no longer just a problem of bad business, but also national security.