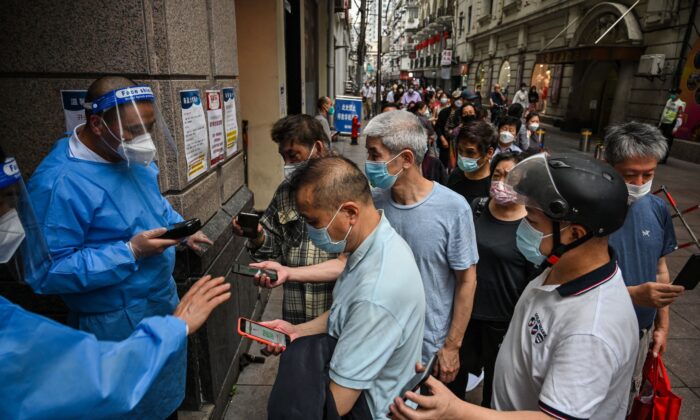 In a state-mandated app, China has cancelled use of an asterisk that indicates an individual has travelled to a foreign country or a city with COVID infections. This comes 27 months after the app was first implemented and has raised some questions.

China’s Ministry of Industry and Information Technology (MIIT) said on June 29 that as of that day, it has revoked the asterisk showing travel history through COVID-hit areas to help facilitate intercity travel and balance COVID curbs and economic development.

The breaking news swiftly turned out to be the top trending topic on China’s social media platforms. As of 6 p.m. local time that day, relevant topics had garnered more than 360 million views and over 50,000 discussions.

The so-called app refers to a big data itinerary record, also known as a travel code, that was rolled out in March 2020, by China Academy of Information and Communications Technology and three telecommunication giants—China Telecom, China Mobile, and China Unicom—under the direction of the MIIT. It tracks a cellphone user’s travel history including countries they have visited in the last two weeks and Chinese cities where they have stayed for over four hours.

In mainland China, people had to present both their travel code and health QR code before entering public venues, even if there were only sporadic outbreaks in the area, according to the country’s COVID monitoring requirements.

The move has drawn praise from Chinese internet users who view it as an encouraging advance in relaxing COVID controls and recovering China’s economy.

However, some analysts question the motivations of the communist regime. They are unsure whether the authorities will resume using the asterisk in the future.

China news commentator Wen Zhao noted, “The asterisk removal does not mean the Chinese Communist Party is loosening its grip of digital authoritarianism.” With the zero-COVID policy in place, China cannot essentially recover its economy, he said.

In fact, one day before the announcement, Chinese leader Xi Jinping reasserted his zero-COVID policy during his visit to Wuhan, despite criticism of his stand. “If taken as a whole, our [dynamically clearing-to-zero] measures are the most economical and effective,” Xi said.

A netizen who calls himself Citizen Old Hu argued on Twitter that neither China’s travel card nor its health code really serves pandemic prevention. They serve big data surveillance.

“By understanding this, you’ll be clear that the [big] data helps create a big prison,” he said. “[That] will impose upon you a red code, an asterisk mark—a digital fetter that deprives you of your freedom of movement.”