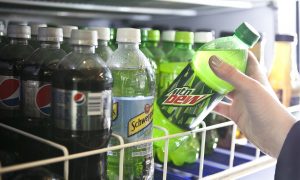 The Chinese ministry of state security is investigating Coca-Cola for using GPS devices to collect mapping information in what it calls “sensitive” areas of mainland China.

“We understand that espionage is a serious charge against a world famous company,” said a mapping official, according to South China Morning Post.

“What we can say for now is that many subsidiaries of Coca-Cola are involved and this happens in many provinces.”

According to an article posted Feb. 28 by Yunnan authorities on their provincial website, Coca-Cola’s case is one of 21 similar instances, such as alleged illegal surveying of military bases.

In a company statement, Coca-Cola said it is “cooperating fully” with the investigation, and the devices were “digital map and customer logistic systems commercially available in China” used to improve customer service and fuel efficiency.

Mapping technology is commonly used by companies with delivery trucks, but the Chinese regime restricts such activities, both for what it calls national security reasons and to control information on border locations relating to sovereignty claims, for example in the South China Sea.

Map service providers for cell phones and websites have to apply for licenses and run their servers on the mainland, with approval mostly given only to Chinese companies.

In 2010, U.S. geologist Xue Feng was convicted for allegedly attempting to obtain what the regime determined were “state secrets,” and sentenced to eight years imprisonment. He had been attempting to purchase industry information like the coordinates of oil wells.