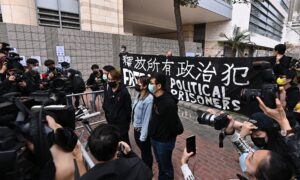 China Looks to Replace IBM, With Help From IBM

IBM is offloading its technical know-how to companies in China, and to individuals who have clearly stated their goals to replace IBM’s market in China.

One of the companies is the Beijing-based Teamsun. IBM received permission under U.S. export laws to provide Teamsun with information on how to build its high-end servers, as well as the software that runs on the servers.

One of the individuals helping IBM pass its technology to Teamsun is a man named Shen Changxiang. The 74-year-old former military engineer is one of the Chinese regime’s highest ranking cyberofficials. According to New York Times, he is “helping Teamsun, and in turn China, develop a full supply chain of computers and software atop IBM’s technology.”

The ultimate goal, it adds, is to build the Chinese regime’s technology industry enough that it will no longer need to buy U.S. products.

IBM’s handover of its technology is being done through a 2013 program called OpenPOWER. According to its website, the program aims to “create an open ecosystem” to share expertise, investment, and intellectual property for servers.

The idea of OpenPOWER is to create a technical foundation to create business partners and opportunities around the world. According to New York Times, OpenPOWER currently has 120 members with close to 20 in China.

In China’s case, however, through the program IBM is providing its technology to a country that has clearly-stated goals to replace American technology.

Shen, who is helping IBM transfer the technology, was critical of the Chinese regime’s reliance on American technology.

Teamsun vice president, Huang Hua, was also quoted on the company’s website saying that replacing IBM’s high-end technology is an “opportunity,” according to New York Times. He added their strategy to “absorb and then innovate” would close the technical gap between Chinese and U.S. companies, and help them replace the U.S. products.

It added that Huang’s comments were removed from the Teamsun website after New York Times connected them.

IBM isn’t stopping at Teamsun, however. On April 2, IBM also announced a new mobile app partnership with China Telecom, and prior to that established partnerships with Beijing software firm Youyou and with a server-hardware manufacturer and IBM rival, Inspur.

The timing of these deals is critical, as the Chinese regime mulls over requirements that could deeply impact U.S. tech companies.

The state-run China Daily reported March 26 that “IBM will allow Chinese companies to build products ranging from semiconductor chips and servers based on IBM architecture.”

The problem is the Chinese regime does not currently have a good alternative to the products. Yet, IBM could soon change that.