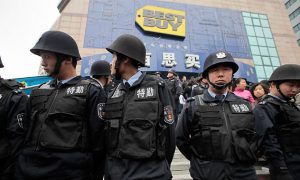 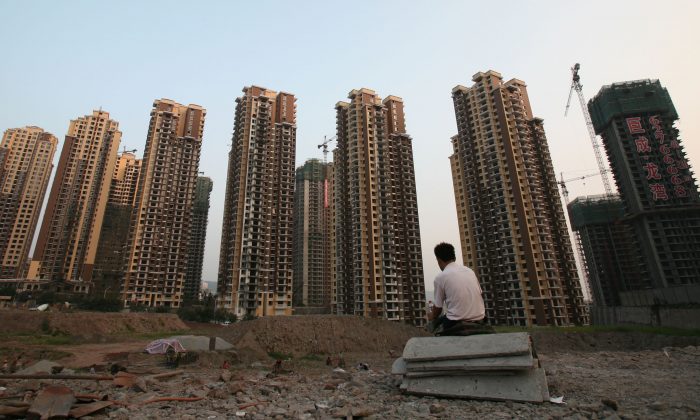 A general view of buildings under construction near the People's Bank of China office building on Sept. 29, 2007 in Chongqing, China. The introduction of real estate investment trusts in China may be an attempt by developers to hold off a market correction. (China Photos/Getty Images)
China

China Looks to Real Estate Trusts to Prop Up Market

China could be close to creating a pipeline for property developers looking to unload assets or raise capital for new developments.

Along with easing monetary and regulatory policy, the Chinese regime is viewing REITs as a way to stabilize the real estate sector.

The last decade’s boom in commercial and residential construction has saddled developers and banks with excess debt, which the state is now looking to rein in without damaging economic growth. REITs will offer a new source of funding to ease reliance on the unregulated shadow banking and trust financing sectors.

While Chinese REITs seem lucrative in theory, it remains to be seen how sound they are as investment instruments. Rental yields outside of the biggest cities remain low, and there are unresolved tax issues for both trusts and investors. To date, no official timetable has been released for issuing Chinese REITs.

The REIT concept was introduced in 1960 in the United States, and its popularity took off in the 1990s. Modeled after mutual funds, REITs allow investors to buy into a company owning a portfolio of properties without having to buy or finance the property.

REITs can be publicly or privately traded, and to qualify for tax-free (pass-through) status at the trust level, must pay more than 90 percent of their cash flow to shareholders.

In this way, REITs are considered high-yield investments rather than high-growth. With much of the cash flow passed onto shareholders, the share price of REITs is expected to remain stable or appreciate gradually along with underlying real estate assets.

In May 2014, China’s State Council issued its “opinions to further promote the healthy development of the capital markets,” which included REITs as an area of exploration.

This came during a time of contraction in China’s real estate sector. The official index of housing prices for 70 cities across China shows that average new home prices dropped 6 percent in March 2015 compared to last year, the seventh consecutive monthly decline.

Developers are feeling the pinch too. Only 6 of the 20 largest real estate developers in China reported year-over-year contract sales growth during the first quarter, according to CRIC China, a consulting firm. The other 14 suffered an average decline of 15 percent.

To create real estate liquidity, China is looking at a two-pronged approach: rate cuts and relaxing regulatory oversight to help banks roll over debt, and allowing new products (such as REITs) to give developers easier access to financing.

Many of China’s investment properties are of poor quality with low rental yields. … In such an environment, REITs become pure capital appreciation plays.
—  Fitch Ratings Inc.

Some of the changes will reverse restrictions placed after the financial crisis and exacerbate China’s current debt problem.

In July 2014, the Postal Savings Bank of China issued $1.1 billion of residential mortgage-backed securities (RMBS). It was the first RMBS issuance in China since 2007, after regulators barred such products during the subprime mortgage crisis in the United States.

Last month, China further relaxed rules surrounding asset-backed securities by waiving the need for banks to seek official approval prior to issuing such notes. Once licensed by the China Banking Regulatory Commission, banks can issue securitized products as they see fit.

On May 10, the People’s Bank of China lowered its benchmark rate by 25 basis points to 5.1 percent, its third rate cut in six months. The central bank hopes lower rates will stimulate more bank lending.

RMBS and CMBS securitizations will likely help banks, saddled in housing debt, cut the size of their balance sheets. These instruments are quite sophisticated and typically are only targeted at institutional investors.

Marketed to retail investors, REITs will provide a new source of capital for developers.

“The withdrawal mechanism behind our commercial real estate market is essential. … I think REIT is to be expected, and it will not take until 2020,” said Nie Meisheng, president of the China Trans Union Real Estate Chamber of Commerce in a summit last December, according to Caixin, a Beijing-based financial news site.

Dalian Wanda Group, the developer controlled by Chinese billionaire Wang Jianlin, is launching a REIT-like wealth management product to finance its Wanda Plaza shopping malls. The securities, which will be marketed widely by Wanda’s own e-commerce platform, will have annual returns of 6 percent.

While the market may yearn for REITs, a host of legal and tax issues stand in the way.

But Fitch Ratings said even if regulations are loosened, Chinese REITs are unlikely to grow significantly in the short to medium term due to unattractive returns.

“Many of China’s investment properties are of poor quality with low rental yields of less than 4 percent, which would be offset by high domestic borrowing costs of above 6 percent, leaving little profit for REIT unitholders,” Fitch said in a research note on Nov. 23, 2014.

“In such an environment, REITs become pure capital appreciation plays.”