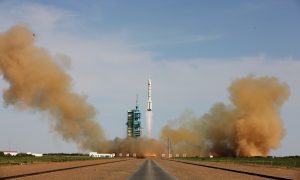 Secretive US Space Command Breaks Silence to Warn of China
0 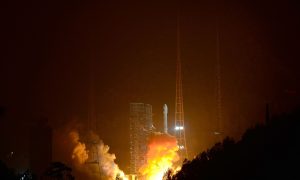 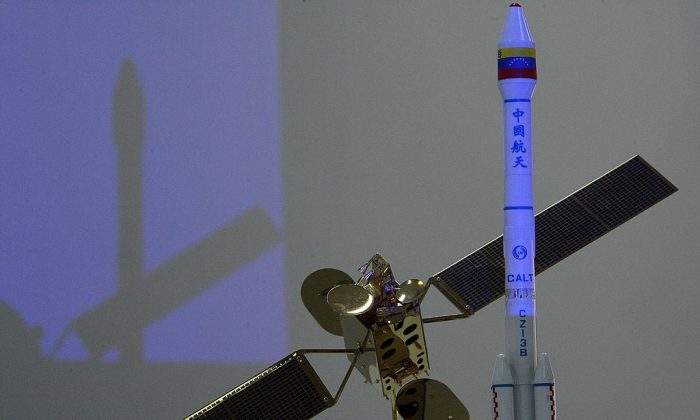 The Chinese regime launched a new spy satellite on March 29 (03:17 UTC), claiming it will be used for civilian purposes. According to NASA SpaceFlight, the Ziyuan-3 is a high-resolution remote sensing satellite.

To understand the nature of this satellite launch, we need to look back at earlier launches of China’s Ziyuan satellites.

When it launched its Ziyuan-2 satellite on Sept. 1, 2001, Bill Gertz of The Washington Times reported that the Chinese regime was disguising it as a civilian earth monitoring system. In actuality, he reported, it was a reconnaissance satellite which was used to target U.S. forces operating in the region.

The 2001 satellite was also launched from the Taiyuan Satellite Launching Center in Shanxi Province, and Chinese authorities made the same claims about its use as they are now with the current satellite. Chinese authorities said in 2001, according to Gertz, that its uses would include “territorial surveying, city planning, crop yield assessment, disaster monitoring and space science experimentation.”

An unnamed official said otherwise, however. Gertz reported, “An official familiar with intelligence reports on the launch said it is ‘a photoreconnaissance satellite used exclusively for military purposes.'” The official added, “Contrary to officially announced civilian missions, this spacecraft is actually a high-resolution imagery satellite that is producing images of military targets in the areas surrounding China.”

NASA SpaceFlight reported that the ZiYuan-1 program is focused on Earth resources, and “appears to have two distinct military and civil branches.” Its ZiYuan-2 program “is likely used for aerial surveillance operated by the People’s Liberation Army.” The new ZiYuan-3 program, it states, is for stereo mapping and “will be operated by the State Bureau of Surveying and Mapping.”

The line the Chinese regime is using for the new ZiYuan-3 program is almost the same as it used for the ZiYuan-2 satellites that Gertz exposed. The Indian Express reported the satellite is for “land resource surveys, natural disaster prevention, agricultural development, water resources management and urban planning, among other tasks.”