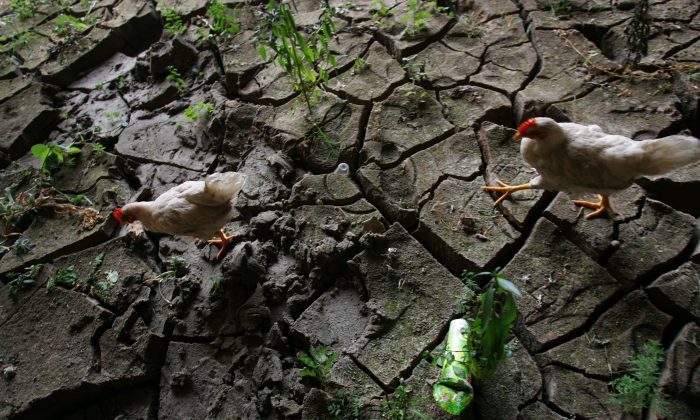 During his Sept. 25–28 visit, he said that China should become more self-reliant in its economy, from its manufacturing sector to food security.

China’s supply of agricultural goods has been affected by the trade war with the United States. Prior to the enactment of tariffs, China had to import large quantities of U.S. crops such as soybeans, sorghum, and corn in order to meet domestic demand.

Some China commentators, who have observed that China could face a potential food-shortage crisis, say that was the chief reason why Xi decided to conduct a tour of northeastern China.

However, there are notable challenges to Xi’s ambitions of self-reliance. According to the 2010 book “Water: The Epic Struggle for Wealth, Power and Civilization” by Steve Solomon, China’s average amount of freshwater available per person is one-fifth of the amount that’s available to Americans. Pollution in China has reached dangerous levels, to the point of affecting water for drinking or for crop farming.

Due to the demand for factories and housing, huge swathes of farmland have instead been converted to construction zones to increase local GDP growth. In 2017, China’s total arable land fell for the fourth consecutive year, according to the state Ministry of Natural Resources, dropping to 134.86 million hectares.

Back in October 2017, some Chinese media, citing experts, reported that China’s grain demand is slated to grow to about 700 million tons in 2020, far below the roughly 554 million tons that can be produced domestically.

According to an Oct. 3 report by the Chinese newspaper World Journal, in 2006, China had a grain surplus and exported about 10 million tons. But since 2013, China had to import more than 22 million tons of cereals every year.

Amid the trade war with the United States, it is likely that China will still need to import U.S. crops and pay the tariffs—as it simply can’t meet demand on its own.

For example, with soybeans—processed primarily for use as animal feed and cooking oil—China bought a U.S. shipment of 70,000 tons worth $23 million on Aug. 13. That was the first U.S. soybean cargo subjected to China’s retaliatory tariffs, according to Reuters.

China’s state-run grain stockpiler Sinograin confirmed in a fax to Reuters that it planned to pay the tariffs, about $6 million, for the shipment.

The trade tariffs have compounded lowered domestic agricultural production due to droughts.