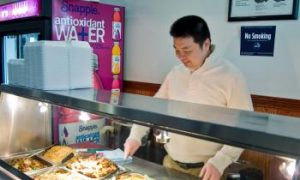 Lunches for the Unemployed
0 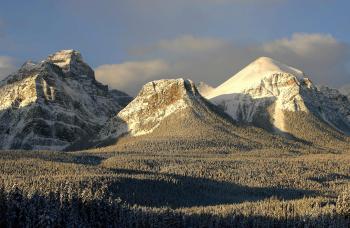 A Mountain Reflection: Behold the Illusionist

Well, we’ve all heard the news by now, of how China faked a good bit of the fireworks displayed during the Opening Ceremony in Beijing August 8. And then there’s the latest: a small, endearing child performing at the same event was actually … lip syncing. More on that in a minute.

While reading the news about the fireworks fakery, I also read comments and responses from readers, ranging from vicious criticism to excusing the deception as “no big deal,” with a call to stop being so hard on China added for good measure.

Well, criticizing these deceptions is not being hard on China. “China” represents a population of over a billion people, and in an official capacity, we sometimes use “China” when referring to the actions of its communist regime. We’re going to distinguish the two—Chinese people, China’s regime—and examine the ruling communist regime, its methodology, and skill at manipulation.

But first, let me tell you what I truly believe: the Chinese Communist Party (CCP) cares nothing, absolutely nothing, about what you, I, or the international community thinks about their handling of human rights, rule-of-law, fair play, justice, or service to one’s citizenry.

The regime (remember—we’re talking about the CCP, not the people of China) will use its money, power, and influence (economic or otherwise) to manipulate the perception we have of them, and will twist arms and break bones to silence voices. It cares not for your life, nor the lives of its own citizens, unless these lives can be used to further The Big Illusion.

And what is The Big Illusion? It is a technique of perception and manipulation mastered by a communist regime over six decades of rule; a mask worn by a totalitarian government, a chameleon that will seem to be just what you hoped it would be. It will use incentives (or aggression) to quiet the questions, redirecting your attention in the process, and giving you just enough to keep preoccupied.

It is just an illusion, plain and simple, and you are the willing observer.

When performing sleight-of-hand, the observer plays equal part to the illusionist; the acceptance of the false reality is critical to the success of the illusion.

This is why a simple glimpse behind the curtain can turn into a revelation; a moment where the observer stops playing along, realizing his role in the “trick.” It is at this moment that he regains his perspective; regains the reality, the truth. It is an educational experience, or as eighteenth-century author, poet and moralist Dr. Samuel Johnson stated:

Now educated, that brings us to the Opening Ceremony’s counterfeit fireworks, and lip-sync performance by the child vocalist. If I was a betting man, I would bet that many Chinese decision makers involved in the fireworks pageantry are genuinely bewildered by the negative reactions; our disdain for tampering with the authenticity and tradition of a treasured Olympics.

This includes the lip-syncing of young Lin Miaoke during the ceremony. What is most revealing is the explanation given by general music designer Chen Qigang that Yang Peiyi, the little girl who originally sung the song, had a chubby face and crooked teeth.

"The reason why little Yang was not chosen to appear was because we wanted to project the right image, we were thinking about what was best for the nation," Chen said in an interview that briefly appeared on Sina.com before being removed, as reported by AFP.

Translation: What’s “best for the nation” really means what’s best for the image of the CCP.

Maybe you think I’m being too critical and harsh with my words? No my friends, I’m seeing 20-20, and saying it’s time we stop being the observer—being “played.” This is a glimpse behind the curtain, an opportunity to recognize the illusion, come out of our denial, and change how we deal with the CCP—for our sake and the sake of the Chinese people themselves.

The AFP article continued, reporting that the reason for switching the children was due to a senior Communist Party member’s viewing of a rehearsal, and ordering the switch.

"He told us there was a problem, that we needed to fix it, so we did," Chen said.

And so you did. What else can we expect from the illusion?  Why so many soldiers guarding the curtain?

“The easiest thing of all is to deceive one's self; for what a man wishes, he generally believes to be true.” Demosthenes