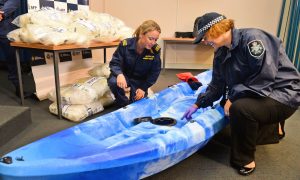 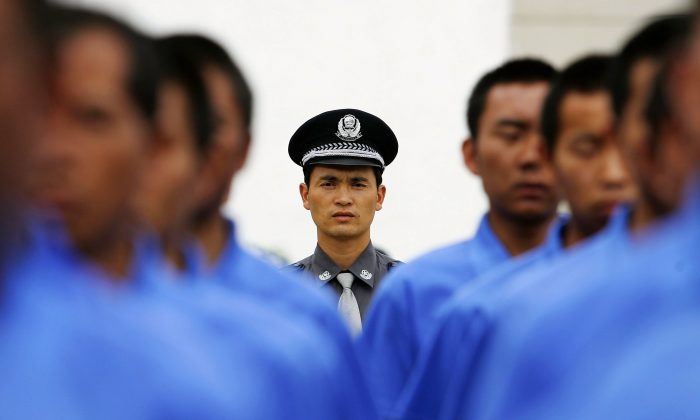 One in every hundred people in China abuses drugs, according to the first study on China’s drug problem commissioned by the Chinese regime and released on June 24.

China’s National Narcotics Control Commission states in its 2014 China Drug Condition Report that there were nearly three million registered drug users in 2014—that is, those who have been arrested and placed in a database—nearly three times the figure from a decade ago. The report estimates that there are 14 million drug users in China, a country with a population of 1.4 billion.

Drug abusers in China tend to be younger people—of the three million arrested, about 57 percent were under 35 years of age; 90 percent had at least junior high school level education, and nearly 70 percent were unemployed, the report found.

China Has New Drugs ‘Waiting’ to Dodge US Regulations

A growing number of government officials and celebrities were found to be drug users, the report said (it did not distinguish between recreational drug users and serious addicts). Nine officials from Yunnan Province lost their Party membership when they were caught consuming drugs last year. Jaycee Chan, son of Hong Kong and Hollywood kung fu movie star Jackie Chan, served a six-month jail term on drug charges.

According to the report, drug abuse killed at least 49,000 registered users in 2014, and led to more raping, kidnapping, and murder.

It said that drug abuse resulted in “direct” financial losses of 500 billion yuan ($80.6 billion) every year, though the document did not specify how this figure was obtained, or precisely what it was counting.

The use of synthetic drugs in China has surpassed the abuse of more common drugs such as heroin, it added.

The report claims that 90 percent of the 9.3 tons of heroin and 11.4 tons of methamphetamine seized in 2014 was produced in the Golden Triangle region, incorporating parts of Laos, Burma, and Thailand, and bordering China’s southern province of Yunnan. The southern Chinese provinces of Guangdong and Sichuan were the main sources of locally manufactured synthetic drugs.

China has gained notoriety for exacerbating the international drug problem. Mexican drug cartels have been obtaining industrial quantities of precursor chemicals from China to make methamphetamine since 2007, a portion of which is then sold into the United States.