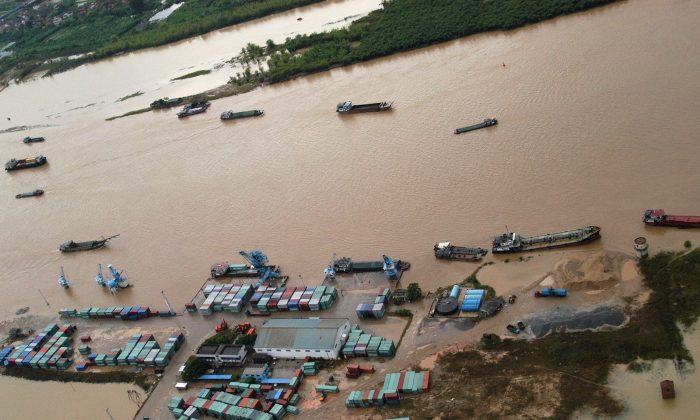 According to a June 23 AFP report from Beijing, at least 97 have died and 60 are missing this week due to flood conditions. Approximately 1.4 million people were evacuated to higher ground after continuous heavy rains and flooding hit southern China.

The China Meteorological Administration’s (CMA) Thursday weather forecast indicated continuous heavy rains in this region for a week and possibly into Saturday. The National Flood Control and Drought Prevention command center reports that more than eight provinces and regions in China suffered severe flood-related calamities this past week.

The Ministry of Civil Affair (MCA) reported that the floods affected nearly 16.6 million people, with damage amounting to 11.3 billion yuan (US1.36 billion) and with 1.4 million people evacuated. The mountain regions in Guangxi, Guangdong and Fujian provinces suffered the most, while the neighboring provinces of Hunan, Jiangxi and Zhejiang also suffered the heaviest torrential rains in many years.

Last Thursday, a landslide caused by the rains along the southeast coastline of Fujian province swept a public bus into a river. Only two passengers, including the driver, survived, 23 passengers are still missing. Police told AFP, “If the flood waters do not recede, it will be difficult to know whether there are any survivors because of the rapid and turbulent current.”

Xinhua News reported that since last Friday, many regions in Fujian province received 300-400 mm (12-16 inches) and to date 13 have died from the flooding. The most recent death and injury data for this year includes 528 deaths and 137 missing, making it the most deadly year since the 1991 and 1998 flood seasons.

Jingguang Railway service was temporarily suspended when a landslide buried the railway in northern Guangdong province.

According to Chinese media reports, Wuzhou city, situated at the confluence of several rivers in Guangxi, evacuated 20,000 residents after the Xijiang River breached its banks and floodwaters entered the city center.

The water level of the Xijiang River, a tributary of the Zhujiang River in neighboring Guangxi province, rose 26 meters, exceeding the warning level by nearly 9 meters. It continues to rise, causing the greatest flood in over 100 years in that area.

On Wednesday, China’s MCA and Ministry of Finance (MOF) jointly dispatched approximately 35 million yuan (approximately US$4.2 million) in relief funds to help curtail the damage suffered from the floods.