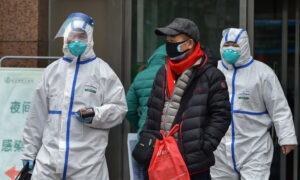 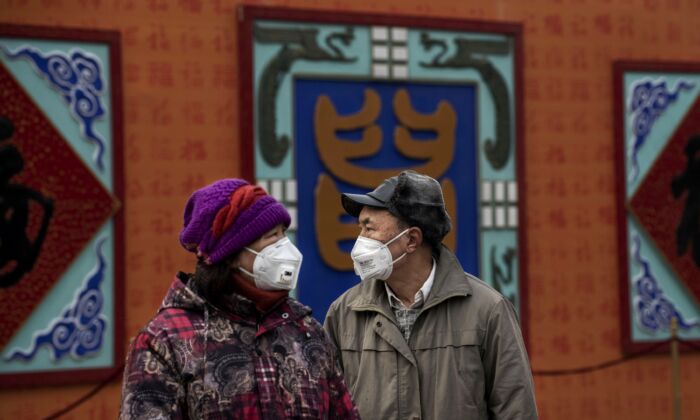 Chinese authorities are struggling to contain the new coronavirus outbreak as the death toll and number of confirmed cases continue to climb daily.

Local authorities throughout the country enacted more measures to restrict travel and prevent the disease from spreading. Experts estimate that given the virus’s contagiousness, the true number of infections is likely much higher than China is reporting.

After the central Chinese city of Wuhan announced a quarantine, and due to the Lunar New Year holiday, when many people travel, five million people have left the city, Wuhan Mayor Zhou Xianwang said at a Jan. 26 press conference.

The city’s hospitals are at over-capacity, with many in dire need of medicine and supplies.

Wang Jiangping, China’s vice minister of industry and information technology, said at a press conference in Beijing on Jan. 26 that Hubei Province—where Wuhan is the capital—needs 100,000 protective suits every day, but the production capacity in China is only 30,000 suits per day.

Since Jan. 23, more than 10 Wuhan public hospitals pleaded for medical supply donations on their social media accounts, saying that they can’t easily get materials that people donate to the country’s National Health Commission or Red Cross.

Some Wuhan doctors posted videos on social media saying that the protective suits they received from the city’s health commission are faulty.

Over the weekend, several hospitals in Wuhan told The Epoch Times by telephone that they’re overwhelmed with patients. Due to lack of supplies, they’re forced to re-use disposable protective suits, which is potentially dangerous for contamination.

A doctor from Wuhan Fifth Hospital Bu Gaoji posted a written account of his experience on Bilibili, a Chinese social media platform. He said the hospital facility couldn’t properly dispose of the corpses of people who died from the coronavirus. Workers from crematories refused to move the bodies, fearing that the illness might spread to them. Doctors are too busy to handle the task themselves, while nurses—the majority of whom are women—don’t have the strength to move the bodies.

Since Jan. 25, provinces and cities near Hubei, such as Chongqing, Hunan, Jiangxi, and Anhui, have begun to block roads that lead to the epicenter of the outbreak. Many social media videos show local residents placing large rocks, bricks, sand, and mud to create physical barriers.

On Jan. 26, several local governments enacted travel restrictions and other regulations to prevent the spread of the outbreak.

On the island of Hainan, authorities announced that all inter-city bus service will be canceled, following 22 confirmed cases in seven cities. All public transportation in those seven cities have been canceled, while chartered buses will no longer travel in and out of the island.

The cities of Shanghai, Beijing, and Tianjin, as well as Shandong, Shaanxi, and Hebei provinces also announced similar plans to halt trans-provincial and trans-municipal bus and taxi services.

Beijing also said it will ban all tour groups, and cancel all flight and hotel package bookings that leave from the city for other Chinese cities and overseas countries, effective Jan. 27.

In southern China’s Guangdong Province, health officials are now requiring people to wear facial masks at public facilities, such as restaurants, hotels, markets, and libraries. Those who fail to comply could be punished in accordance with Chinese law, according to the Guangdong government announcement.

Tibet is the only region of China with no confirmed or suspected cases. Out of caution, Potala Palace, one of Tibet’s most famous tourist sites, announced that it would close on Monday.

China’s health minister, Ma Xiaowei, told reporters Jan. 26 that the coronavirus is contagious during its incubation period, which can last up to 14 days.

“The outbreak is expected to continue for some time,” he said, noting that this makes it different from the 2002 to 2003 outbreak of SARS (severe acute respiratory syndrome). That illness, which broke out in southern China, killed nearly 800 around the world.

Medical experts from British Lancaster University, American University of Florida, and the British Medical Research Council-University of Glasgow Centre for Virus Research published a report on Jan. 23, in which they estimated that only 5.1 percent of infections have been identified in Wuhan so far.

They predicted that more than 190,000 infections could occur in Wuhan by Feb. 4, and that large outbreaks could also occur in major cities such as Shanghai, Beijing, Guangzhou, Chongqing, and Chengdu.

They calculated that the virus’s basic reproduction number, or the expected number of secondary cases produced by a single infection in a previously uninfected population, is 3.8—higher than the average during SARS.

Dr. Eric Feigl-Ding, epidemiologist at Harvard University’s School of Public Health, reacted with alarm: “It is thermonuclear pandemic level bad … I’m not exaggerating,” he posted on Twitter on Jan. 24.

Feigl-Ding compared the new coronavirus with the Spanish flu in 1918, which killed roughly 50 million worldwide; that virus’s basic reproduction number was 1.80.