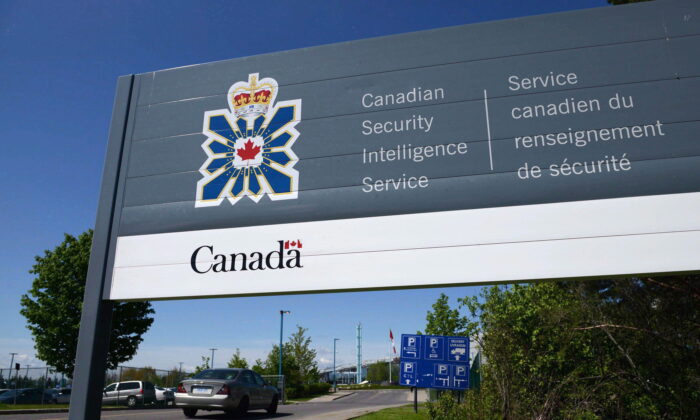 A sign for the Canadian Security Intelligence Service building is shown in Ottawa in a file photo. (The Canadian Press/Sean Kilpatrick)
Canada

The Chinese regime could be exploiting gaps between Canada’s intelligence and law enforcement agencies to advance its infiltration activities, says an intelligence expert.

“[Chinese Communist Party] agents involved in political warfare may or could exploit gaps in intelligence sharing between agencies such as the RCMP and CSIS due to the different mandates they are given,” J. Michael Cole, a senior fellow with the Macdonald-Laurier Institute and a former analyst with the Canadian Security Intelligence Service (CSIS), said in an email.

“This applies to grey zone areas of activities whose nature isn’t entirely criminal and also isn’t entirely, or overtly, political. When this happens, both agencies may miss what’s going on.”

Cole, who is based in Taipei, says Taiwan is struggling with this issue right now, as Beijing “has been very good at exploiting these blind spots in society.”

During a talk in Ottawa in October, Cole used the example of criminal triads with ties to the Chinese Communist Party operating in casinos in places like Hong Kong, Macao, and Taiwan.

“Obviously there is a criminal element in their activities, but there’s also a political/espionage component to what they’re doing,” he said.

For years, China has been named among the countries making the biggest effort to exert influence in Canada.

In its annual report, the parliamentary watchdog overseeing national security and intelligence activities said last year that China and Russia are among a “handful of states” conducting espionage and foreign influence activities in Canada.

The CBC also cites sources saying that Canada’s intelligence services are concerned about the threat of Chinese agents working with the diaspora communities to influence Canadian elections.

B.C. is currently conducting an inquiry into money laundering in the province, which police say is to a large extent linked to operations bringing fentanyl from China into Canada.

One of the highest-profile joint efforts between the RCMP and CSIS looking into China was the Sidewinder report, which was leaked to media in the late 1990s. It detailed the regime’s control of Canadian companies by members or associates of criminal triads who have affiliations with Chinese intelligence agencies.

“Having bought significant real estate holdings and established businesses in Canada, China has obtained access to influential figures who are now or [were] once active at various levels of Canadian society,” the report said.

Cole said that the “front” or “dual-use companies” in Canada, which may have a legitimate function on the surface, could be funding organized crime groups whose activities benefit the Chinese regime. They could also be involved in activities to intimidate critics of the regime abroad.

“Unless agencies find ways to better coordinate, there’s bound to be occasions when targets are missed,” he said.