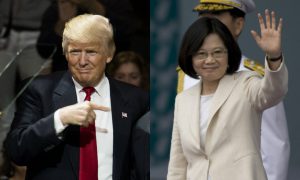 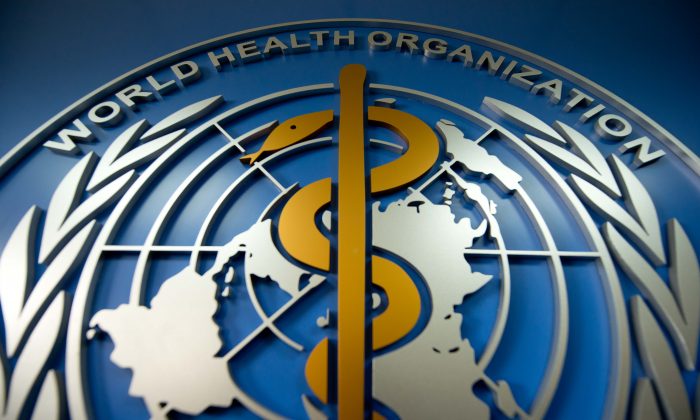 A World Health Organization (WHO) logo at their office in Beijing on April 19, 2013. (Ed Jones/AFP/Getty Images)
Asia & Pacific

The World Health Assembly (WHA), a meeting of the member states of the World Health Organization (WHO), is set to convene this week in Geneva, Switzerland to discuss global health policies.

But one country has notably not received an invitation: Taiwan.

The island nation has been isolated internationally as a result of pressure from Beijing, which views Taiwan as part of its territory.

For the past eight years, Taiwan has received an invitation to attend the WHA as an observer under the official name “Chinese Taipei” as a compromise with Beijing. Last year, the WHA invitation notably mentioned the one-China principle, part of the 1992 consensus which claims there is only one “China,” encompassing both mainland China and Taiwan.

This year, however, Taiwan did not receive an invitation at all.

“This exclusion of Taiwan from attending the WHA ignores the health rights of 23 million people in Taiwan,” says Joe Wang, a diplomat at the Taipei Economic and Cultural Office in San Francisco, in an interview.

Furthermore, Wang notes that “it will cause a severe breach in the world health system” if Taiwan is excluded from the process. “Disease stops at no borders,” he said.

Taiwan’s Minister of Health and Welfare, Chen Shih-Chung, said at a meeting on May 3 that Taiwan will send a delegation to Geneva for the WHA even if it is not invited. The deadline for online registration passed two weeks ago.

Taiwan provides medical assistance to millions of patients around the world—this is Taiwan’s story #LeaveNoOneBehind https://t.co/tty1L4AhnT

Taiwan should not be excluded from WHA this year for any reason. Health issues don’t stop at border & Taiwan’s role is impt to global health


This video, tweeted by Taiwanese President Tsai Ing-Wen, depicts a young girl who was given a second chance to life after receiving a liver transplant by Taiwanese surgeons.

This incident is just one among a larger struggle by Beijing to exclude Taiwan from all international meetings and organizations.

Back in early May, at an international conference on conflict diamonds hosted in Australia, the Chinese delegation violated all rules of courtesy, loudly interrupting Australian foreign minister Julie Bishop’s remarks at the welcome ceremony. They demanded Taiwan first be ousted from the conference. Eventually left with no other choice, the Australian hosts had to eject the Taiwanese delegation.

A high-level Australian attendee told the Sydney Morning Herald their actions were “disgusting” and “inappropriate.”