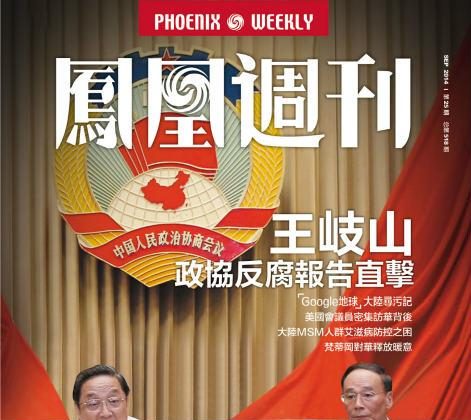 Wang Qishan, the secretary of the Chinese Communist Party’s anti-corruption task force, has developed a reputation for being a no-nonsense, austere cadre pursuing a merciless crackdown against both major and petty cases of embezzlement, fraud, and official malfeasance.

Most recently on the menu of no-nos: holiday cards and mooncakes. Wang spoke out against the baleful influence of these forms of corruption in late August, at a major internal political meeting, but only recently have detailed notes about what he said trickled out into the Chinese press.

Wang was said to “harshly criticize” the giving of mooncakes and holiday cards. “It’s getting increasingly out of hand,” he was reported to have said.

“Later, as the New Year approaches, we’re going to start cracking down on greeting cards… I brought this up with the Standing Committee, and we passed a resolution on it. Everyone was supportive,” Wang said, referring to the Politburo Standing Committee, the circle of seven men, of whom Wang is one, who effectively run China.

Gifts like cards and mooncakes have over the years become occasions for Communist Party officials to ingratiate themselves with and bribe their superiors. The humble mooncake, for example, was originally a symbol of reunion during the Mid-Autumn Festival, the traditional harvest festival in the Chinese calendar. But increasingly elaborate packages of mooncakes—small round pastries filled with red bean or lotus seed paste—were used to accompany bundles of cash from officials seeking promotion or favor.

Wang’s remarks were reported at length by the overseas Chinese media outlets Duowei News and Phoenix Weekly, both of which have ties with the regime, and regularly produce commentary and news that offer seemingly independent support and validation of the official propaganda. The delay between Wang’s remarks—they were reportedly made on Aug. 25 at the 7th Plenary Session of the 12th Chinese People’s Political Consultative Conference, a faux-consultative body—may indicate that the articles were approved by propaganda masters in Beijing before being published online.

Elsewhere in the speech, Wang said that the anti-corruption campaign would only continue and deepen.

Given the deeply entrenched nature of corruption at every level of the Party and elsewhere in Chinese society, the task of changing the Party’s political culture is no minor one.

Wang gave his nod to the role the media and online social media are supposed to play in the anti-corruption campaign, by monitoring corrupt officials and exposing corruption.

“At the Central Discipline Inspection Commission, we’re committed to one point,” Wang said. “That’s exposure. Provincial governors and secretaries will say to me: Comrade Qishan, however you deal with us is fine, just don’t expose us. I said, even if we don’t deal with you, we still need to expose you.”

And yet, observers have consistently pointed out that the Party’s biggest problem when it comes to corruption is that it allows no external body to supervise, punish, and oversee its members. The Communist Party handles its own investigation of its members, in secret, before handing offenders to the court system. But the Party also controls the court system, the judges, the prosecutor’s offices, the police, and also the media. Heightened adherence to Party discipline may have a temporary effect in lowering corruption, but thoroughgoing change can only be brought about by institutional safeguards like the rule of law, political scientists have repeatedly argued.

An example of the regime’s need to firmly control even the process of eliminating corruption in its ranks is its treatment of Chinese activists who have called for the disclosure of the assets of Chinese officials. On the surface this should presumably be a development that the regime would welcome in combating corruption. Yet many of those who have pushed for this reform have been arrested, and some have been imprisoned.