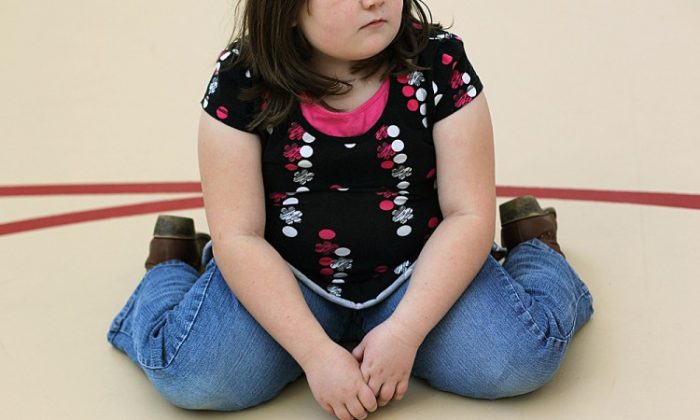 A child sits on the gym floor during a workout. (John Moore/Getty Images)
US

Although child obesity accounted for only $327 million of the total medical costs related to obesity in 2011, he said the problems start in childhood, and the health costs escalate with age, becoming harder to address.

New York’s Medicaid program—which is funded by federal, state, and local tax dollars—spends more than $4.3 billion a year as a result of obesity, according to estimates from DiNapoli’s office.

Additionally, DiNapoli said private health insurance and Medicare pay out around $7.5 billion more for obesity-related medical expenses each year. The costs include treatment for diseases such as diabetes and heart disease.

DiNapoli said state and local authorities should adopt regulatory actions similar to smoking, as obesity could soon overtake tobacco consumption as America’s leading preventable cause of death, according to the Department of Health (DOH).

He said the DOH has proposed an initiative to provide intensive behavioral counseling to approximately 5 percent of Medicaid beneficiaries who are obese. Funding for the initiative would be provided by the federal government.

The DOH has taken some measures to deal with obesity, he said, including a recent marketing campaign, which encouraged consumers to look for lower-calorie meals in restaurants.