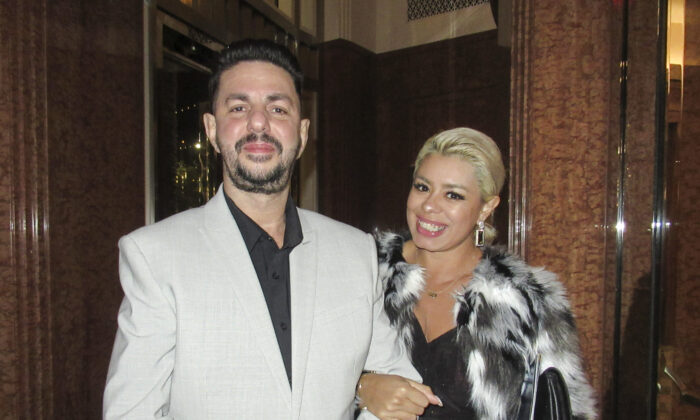 LAS VEGAS—It is a rare gem when an experience can leave one feeling uplifted. Although popular entertainment can certainly provide a distraction, it isn’t like Shen Yun Performing Arts, a performance that leaves many audience members feeling lighter and brighter.

“This just lifts up your spirit overall, just makes you look forward to seeing the show next year. It changes every year.

Ms. Muniz attended the traditional Chinese music and dance performance with her friend, Michael Dinatale, a hotel manager, who added, “I can’t wait to see the show next year, because it’s completely a different show—a new choreography.”

New York-based Shen Yun is on the mission to revive 5,000 years of Chinese culture and civilization. The performance reflects the beauty of China before communism, spiritually and culturally.

“I’m very spiritual; I practice the Buddhist religion. I do a lot of meditating. So I thought it was really beautiful that they show that aspect. That aspect is actually [a] very true representation of what part of China is all about,” Ms. Muniz said.

Part of what audience members love about Shen Yun is that the performance is visually spectacular. Ms. Muniz and Mr. Dinatale had similar feelings.

“Beautiful, just breathtaking, I think it’s super cultural. Just colorful and very vibrant,” Ms. Muniz said. “The dancers, they really carry the passion of the dance, the music, the culture, throughout the whole entire the show. It was just beautiful; I was blown away.”

Shen Yun’s orchestra offers a unique blend of traditional Chinese instruments being highlighted within a Western orchestra. The music of Shen Yun has all original compositions and, like the dance, the music is newly composed every season.

While the orchestra was being introduced, Ms. Muniz let a little girl who was blocked from seeing the orchestra pit know there was a live orchestra playing. That put a big smile on the girl’s face.

“That is such an amazing instrument, I was never aware of [it]. Maybe I heard of it before, but I didn’t know. That was superb. [The musician] was amazing,” he said.