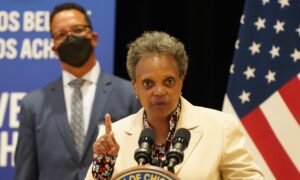 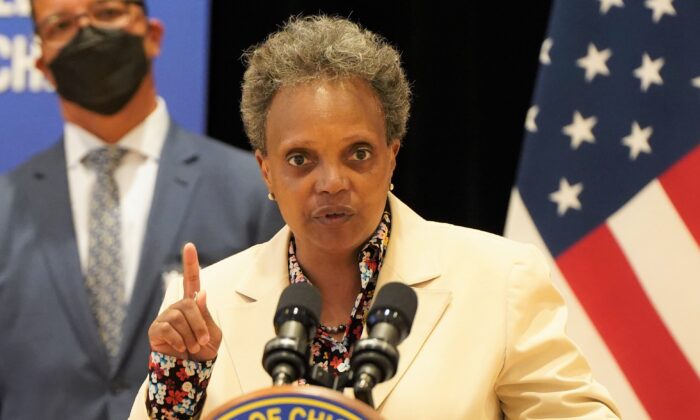 CHICAGO—Chicago Mayor Lori Lightfoot retains the power to hire and fire the police chief and the final say on policing policy disputes in the newly passed civilian police oversight ordinance.

The ordinance, approved by a narrow margin by Chicago City Council on July 21, will create a new seven-person civilian board to oversee the Chicago Police Department (CPD), the second-largest metro police department in the nation.

The new board can recommend police chief candidates, but Lightfoot still gets to pick the final nominee to be approved by the City Council. The board can take a no-confidence vote against the police chief, but that vote is non-binding—the mayor gets to make the final call to fire the chief or not.

As for the policing policy disputes, the other sticking point in the negotiations, the board can draft new policing policies, which can only take effect after CPD consents to them. If CPD disagrees with a board’s policy proposal, the mayor or the city council members get to decide its fate.

Alderman Carlos Ramirez-Rosa, a manifested democratic socialist who has been on the front lines pushing for more civilian control of policing in Chicago, said though he wished for a stronger civilian board, he was willing to take the compromise after five years of fighting.

“I want to thank the grassroots for fighting, for never giving up, for staying in the street,” Ramirez-Rosa said at the July 21 council meeting. “This is your victory today.”

Ramirez-Rosa has long been a backer of the Civilian Police Accountability Council (CPAC), an activist organization that supports the most extreme version of civilian oversight board proposed to city councils. CPAC recently joined hands with the more moderate Grass Alliance for Police Accountability (GAPA) to collectively negotiate with Lightfoot.

Alderman Nicholas Sposato, who represents a Northwest Chicago ward where many police officers live, said more police oversight will make police afraid of doing their jobs and discourages young people from joining CPD, which he said was already in a workforce crisis.

“We don’t need police reform. We need family reform. Families need to start taking ownership and watch after their children,” Sposato said at the same council meeting. “You are going to win [this ordinance], I am going to lose, the police are going to lose, and the city is going to lose.”

The Chicago Police Department currently has four levels of oversight: the Bureau of Internal Affairs at CPD, Office of Inspector General of the City of Chicago, the Civilian Officer of Police Accountability (COPA), and the Chicago Police Board.

The new civilian oversight board gains the power to hire and fire the chief administrator at COPA.

The movement to enact more civilian control of policing in Chicago gained momentum in 2016, following the video release of the police shooting of teenager Laquan McDonald in 2016.

Since Lightfoot became mayor in 2019, she has faced many rounds of pushing from activists to give away key policing powers, but she refused flatly each time, arguing that she bears the ultimate responsibility of public safety as a mayor and thus she should carry the primary policing powers.

Over the weekend, Lightfoot and Empowering Communities for Public Safety, the combined coalition formed by CPAC and GAPA, reached a compromise ordinance that allows her to retain key powers over CPD.

Two-thirds of yes votes are needed for the ordinance to pass; 36 of 50 Chicago aldermen voted yes, and 13 voted no.