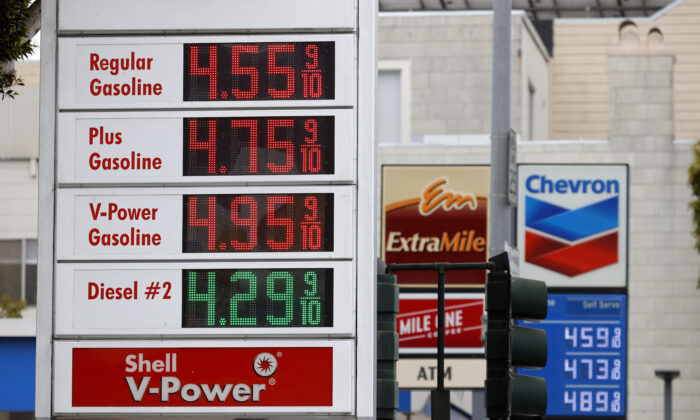 Chevron is planning to sell its current headquarters in California and will cover the costs of some employees to relocate to Texas.

“The current real estate market provides the opportunity to right-size our office space to meet the requirements of our headquarters-based employee population,” the company told the San Francisco Chronicle and the Houston Chronicle. “The move is expected to occur during the third quarter of 2023. Chevron will remain headquartered in California, where the company has a 140-year history and operations and partnerships throughout the state.”

Chevron didn’t respond by press time to a request by The Epoch Times for comment.

Earlier this year, ExxonMobil said it would move to the Houston area from Irving, Texas, in 2023.

“We greatly value our long history in Irving and appreciate the strong ties we have developed in the North Texas community,” Darren Woods, Exxon’s chairman and chief executive officer, said in a statement about the move. “Closer collaboration and the new streamlined business model will enable the company to grow shareholder value and position ExxonMobil for success through the energy transition.”

Meanwhile, Boeing, Caterpillar, and Citadel have said they would leave the Chicago area to move their operations to Virginia, Texas, and Florida, respectively. Raytheon said it would relocate to Virginia from Massachusetts.

Citadel CEO Ken Griffin, the richest person in Illinois, announced recently that his hedge fund would move to Miami from Chicago. Griffin previously cited the city’s high murder and violent crime rate for wanting to move, saying that it’s difficult to attract top talent to the Windy City, where around 800 murders were recorded in 2021.

“If people aren’t safe here, they’re not going to live here,” Griffin told The Wall Street Journal in April. “I’ve had multiple colleagues mugged at gunpoint. I’ve had a colleague stabbed on the way to work. Countless issues of burglary. I mean, that’s a really difficult backdrop with which to draw talent to your city from.”

Several other former California-based companies—including Tesla, Oracle, and Hewlett Packard—have moved to Texas in recent years. Oracle was long based in Silicon Valley before completing its move to Austin, Texas, in 2021, while Hewlett Packard moved to the Houston area in 2021.

In December 2021, Tesla announced via the Securities and Exchange Commission that its move to Austin, Texas, was complete.